We’re coming to the end of one of the most crucial summers of our lifetime. Over the past few months, we’ve committed, we’ve activated, we’ve lived it, and we’ve created. We’re now in the final push to the election, and I believe that we are going to finally get some leadership in Washington that will be more focused on empowering individuals to find solutions rather than regulating the country into oblivion.

And I, along with the team at TheBlaze, are going to be with you every step of the way!

Last week, the Real News team was down in Tampa providing exclusive coverage for TheBlaze TV (formerly GBTV) viewers – and that was just the beginning. From now until the election, TheBlaze is going to bring you the truth on what is going on in the presidential race, without any of the political bias that you see in the mainstream media.

As part of our growing network, we’re adding a new show hosted by Andrew Wilkow that will premiere on September 10th onTheBlaze TV. Available for PLUS subscribers, Wilkow! will bring the popular Sirius XM radio host into primetime, and he’ll be the latest voice to bring you the stories and the opinions that you just can’t find in the mainstream media. 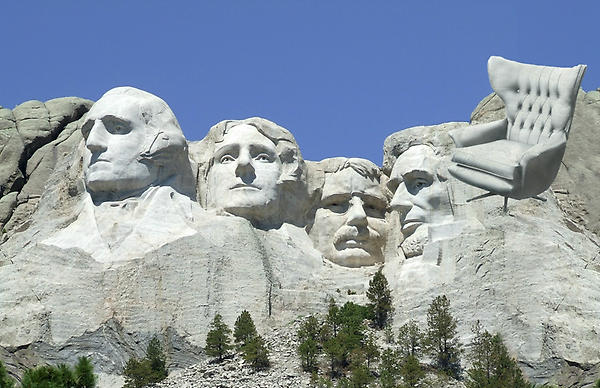 Television historian Tom Holland is receiving a multitude of criticisms and threats following his in-depth investigation into Islam. After examining the faith and its early texts, he came to some fascinating — and apparently enraging — conclusions in a documentary he produced for British television.

In a program called, “Islam: The Untold Story,” Holland claimed that there is little evidence written surrounding the life of the Prophet Muhammad — the central figure in the Islamic faith. Additionally, he noted that the Koran makes only one reference to Mecca, the religion’s holiest city. These sentiments, of course, cast doubts upon Islam and are, thus, controversial to say the least.

For those assuming that Holland is bent on disproving Islam’s beginnings, consider a portion of a review on the film that was written by The Guardian’s John Crace:

Holland is no attention-seeking, neo-Conservative, Niall Ferguson lookalike. Indeed, I’d guess his heart bleeds liberalism and, to my western sceptic eyes, his contention that the Arab empire gave birth to Islam, rather than the traditionally held belief that it was the other way round, seemed well-argued, fascinating – I learned a lot of history I didn’t know in a short space of time – and uncontentious. I would find it a great deal more surprising if a religious text written 1,400 years ago turned out to be wholly accurate. But for those who believe the Qur’an is the word of God passed directly to man and that inconvenient lacunae of knowledge are merely events that have yet to be properly explained, then Holland’s view is almost certainly blasphemous.

The official start of the Democratic National Convention isn’t until tomorrow, but the Republicans are starting to bait President Obama anyway.

The Republican National Committee debuted a new Web video and launched a website, with the theme of “Obama Isn’t Working.” The website will be updated frequently while Democrats gather here this week to formally nominate Obama to a second White House term.

“When Americans look back on the past four years under President Obama and ask themselves whether or not they are better off, unfortunately they will answer ‘no,’ ” RNC Chairman Reince Priebus said in a statement.

MSNBC host Chris Matthews seems to see racism in everything – except his own remarks and lifestyle.

While covering the GOP convention in Tampa last week, Matthews, a former paid Democrat official, accused Republicans of using code words to appeal to racist segments of the population who may not like President Obama simply because he’s black.

He claimed the GOP’s racist “dog whistles” include such common terms as “welfare,” “food stamps,” “birth certificate,” “European socialism” and even “Chicago.”

“That’s another thing that sends that message,” he added. “There’s a lot of black people in Chicago.”

Of course there’s another explanation: Obama is from Chicago and his campaign is headquartered there.

Earlier in the week on MSNBC’s “Morning Joe” show, Matthews lit in to Republican National Committee Chairman Reince Priebus for running campaign ads informing voters that Obama is trying to eliminate the work requirement for welfare that former President Clinton signed into law.

Hollywood star John Cusack is raising eyebrows today as he lashes into Barack Obama with the question: “Is the president just another Ivy League A–hole shredding civil liberties and due process and sending people to die in some sh-thole for purely political reasons?”

Cusack, who is well-known for his roles in films including “The Sure Thing,” “Better Off Dead” and “Being John Malkovich,” seriously questions Obama in an article published in Truthout:

“Mr. Obama, the Christian president with the Muslim-sounding name, would heed the admonitions of neither religion’s prophets about making war and do what no empire or leader, including Alexander the Great, could do: he would, he assured us ‘get the job done in Afghanistan.’ And so we have our democratic president receiving the Nobel Peace Prize as he sends 30,000 more troops to a ten-year-old conflict in a country that’s been war-torn for 5,000 years.

“Why? We’ll never fully know. Instead, we got a speech that was stone bullsh– and an insult to the very idea of peace.

“We can’t have it both ways. Hope means endless war? Obama has metaphorically pushed all in with the usual international and institutional killers; and in the case of war and peace, literally.

“To sum it up: more war. So thousands die or are maimed; generations of families and veterans are damaged beyond imagination; sons and daughters come home in rubber bags. But he and his satellites get their four more years.”

Cusack also has some criticism for the national news media for complicity with Obama, saying, “Under Obama do we continue to call the thousands of mercenaries in Afghanistan ‘general contractors’ now that Bush is gone? No, we don’t talk about them … not a story anymore. …

Between conservatives focusing all their attention on the successes/failures of the Republican National Convention in Tampa, Fla., and the left having a meltdown over the supposed “racism” and unprecedented disrespect of Clint Eastwood’s “Empty Chair” routine, little attention has been given to an executive order issued last Thursday by President Barack Obama that targets industrial “efficiency” and carbon emissions.

“Today, we are taking another step to strengthen American manufacturing by boosting energy efficiency for businesses across the nation,” said President Obama.

“This action will cut costs, increase efficiency, and help our businesses create strong, middle class jobs. We’ll continue to do everything we can to put more people back to work and build an economy that lasts,” he added.

The order, which aims to increase the number of cogeneration plants in the U.S. by 50 percent by 2020 and slash carbon emissions by 150 million tons per year, is the administration’s latest effort to “deploy cleaner and more efficient energy production in the country by working around political resistance to climate change and ‘green’ energy legislation on Capitol Hill,” Reuters reports.

“The Federal Government has limited but important authorities to overcome … barriers, and our efforts to support investment in industrial energy efficiency and CHP [Combined heat and power] should involve coordinated engagement with a broad set of stakeholders,” the order says.

Translation: If duly elected representatives of the people get in the way of “climate change” (formerly known as “global warming,“ formerly known as ”global cooling”) legislation, work around them.

“Comedienne” and aspiring presidential candidate Roseanne Barr took to Twitter for another one of her wild rants Sunday, alleging that the wealthy are predominantly violent, lawless criminals.