Snowden revealed he was currently located in Hong Kong.

“It’s [Hong Kong’s] not an independent part of China at all. I’ve talked to a bunch of people in Washington today, in official positions, and they are looking at this as a potential Chinese espionage case,” said Baer.

When he was asked if there was a possibility to extradite Snowden, Baer responded, “We’ll never get him in China. They’re not about to send him to the United States and the CIA is not going to render him, as he said in the tape, is not going to try to grab him there.”

Baer said, ““It almost seems to me that this was a pointed affront to the United States on the day the president is meeting the Chinese leader,” Baer said, “telling us, listen, quit complaining about espionage and getting on the internet and our hacking. You are doing the same thing.”

A group of protesters plans to hold a “National Hoodie March” in Sanford this morning as jury selection in the George Zimmerman trial gets underway.

The group plans to gather in front of the Seminole County Courthouse at 9 a.m. to demand justice for Trayvon Martin. At noon, protesters wearing hoodies plan to pull their hoodies over their heads.

“We want justice for Trayvon Martin. … This is something we’re determined to struggle for, and you know, it’s the only way it’s going to happen is if people in huge numbers around the country show up and show their solidarity and demand it,” one protester said.

President Obama has said the outrage over the federal government’s decision to monitor citizens’ phone activity is all “hype.”

He might want to share his opinion with the U.S. Air Force, which is ordering members of the service not to look at news stories about it.

WND has received an unclassified NOTAM (Notice to Airmen) that warns airmen not to look at news stories related to the data-mining scandal.

The notice applies to users of the Air Force NIPRNET (Non-classified Internet Protocol Router Network), which is the only way that many troops stationed overseas and on bases in the U.S. are able to access the Internet.

The last line of the executive summary states:

“Users are not to use AF NIPRNET systems to access the Verizon phone records collection and other related news stories because the action could constitute a Classified Message Incident.”

Cindy McGee, the mother of an airman stationed in the UAE, spoke with WND.

“The fact that our government is attempting to censor our service members from the truth of what is happening here at home is truly frightening and disheartening,” said McGee.

Her son received the same notice.

McGee continued, “I am outraged that our government is attempting to censor the information from our military that every citizen in this country is potentially being targeted by our government in a massive overreach of their constitutional powers by unconstitutional surveillance of all Americans and storage of that data.”

The Daily Mail is reporting that Obama’s peace partners in Afghanistan, the Taliban, have beheaded a 10 year old boy and a 16 year old boy for the crime of scavenging for food.

The Taliban was accused of beheading two boys for spying in southern Afghanistan yesterday. (M) Afghan officials said the boys, aged 10 and 16, were kidnapped by Taliban fighters while scavenging for food in rubbish bins near the police headquarters in Kandahar, Afghanistan’s second largest city and a key base for Western forces.

The boys are suspected to have accepted food from the police in exchange for information and to have been killed for colluding with police, Kandahar provincial government office said last night.

Series: Glenn Greenwald on security and liberty via The Guardian

The 29-year-old source behind the biggest intelligence leak in the NSA’s history explains his motives, his uncertain future and why he never intended on hiding in the shadows

• Q&A with NSA whistleblower Edward Snowden: ‘I do not expect to see home again’ 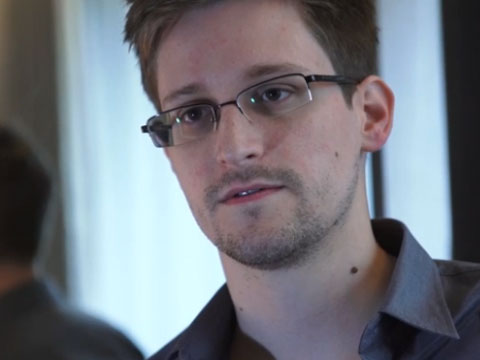 Link to video: NSA whistleblower Edward Snowden: ‘I don’t want to live in a society that does these sort of things’The individual responsible for one of the most significant leaks in US political history is Edward Snowden, a 29-year-old former technical assistant for the CIA and current employee of the defence contractor Booz Allen Hamilton. Snowden has been working at the National Security Agency for the last four years as an employee of various outside contractors, including Booz Allen and Dell.

The Guardian, after several days of interviews, is revealing his identity at…

In a sea of documentary films about the wars in Iraq and Afghanistan, Garrett Anderson’s project is a rarity: A Marine veteran of Iraq, he has turned the camera on his battle buddies to create an intimate portrait of a day they shared together during the First Battle of Fallujah.

Anderson, a former radio operator with 1st Battalion, 3rd Marines, funded his project’s $30,000 budget through the entrepreneurial startup website, Kickstarter. The premise: Let 12 Marines from his unit recount the same gritty and tragic day of fighting on Nov. 22, 2004, complemented by original footage from troops’ personal hand-held cameras. From there, Anderson’s lens follows his former colleagues as they cope with their own memories almost a decade later.

First called ‘And Then They Came Home,’ the project was renamed ‘The November War’ to more accurately fit the narrative as it took shape, Anderson said. The 27-year-old…

No word on whether the child was Christian, but they accused the 15-year-old boy of “polytheism”, a false charge that Muslims often use to describe the Christian belief in the Triunity of God …

Reuters – “Members of an al Qaeda-linked Islamist group in the northern Syrian city of Aleppo executed a 15-year-old boy in front of his parents on Sunday as punishment for what the group regarded as a heretical comment, the Syrian Observatory for Human Rights said.

Mohammad Qataa was shot in the face and neck a day after being seized, said the pro-opposition monitoring group, which is based in Britain and uses a network of observers across Syria.

‘The Observatory cannot ignore these crimes, which only serve the enemies of the revolution and the enemies of humanity,’ said the group’s leader Rami Abdulrahman.