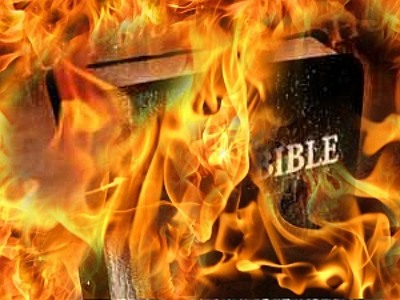 Cairo’s Nasr City court sentenced Ahmed Abdullah and his son was given a suspended sentence of eight years over the same incident, the Middle East News Agency reported. The two were ordered to pay a fine of 5,000 Egyptian pounds ($700). The ruling can be appealed.

Abdullah ripped up a Bible and burned it during a Sept. 11 rally by ultraconservative Salafi Muslims in front of the U.S. Embassy in Cairo, protesting an anti-Islam film produced in the United States.

It was a rare prosecution over attacks on faiths other than Islam. Over the past two years, attacks by extremist Muslims against followers of other religions, mostly Christians, have been on the increase.

According to Egyptian law, showing contempt toward Christianity, Islam and Judaism known as…

BELLEVUE, WA – -(Ammoland.com)- In case you missed my Op-Ed column that appeared in the Philadelphia Inquirer, Salem Oregon Statesmen Journal, Birmingham Alabama News and many other newspapers across the country, it is below for your enjoyment.

As the situation in Syria intensifies and the United Nations reports that 93,000 civilians have been killed since 2011, the United States is taking increased action. With the deadly drama continuing to progress, it’s likely that some — especially considering Syria’s Biblical and geographical significance — will see End Times prophesy unfolding.

A silly suggestion to non-believers and others who disagree with conservative views on the Bible and an undeniable reality to others, the debate over signs and symbols associated with Jesus’ return presents ever-fascinating discussions. But while author Joel C. Rosenberg embraces prophetic notions, others, like “Bible Answer Man” Hank Hanegraaff reject these ideals.

TheBlaze spoke with both Rosenberg and Hanegraaff in an effort to better understand how Syria might fit into Christian theology and prophesy. The former, an author and communications expect who has been called a modern-day Nostradamus, has produced intriguing, yet eery, writings, as they often highlight and seemingly predict major world-wide events months before they actually occur. The latter, however, takes a more literal approach to the scriptures.