Tweets Every Minute Of Violence If Zimmerman Is Innocent. TIME Mag Says Its RACIST To Report This

Why is it racist to report this?  I believe the left-wing thinks it is just racist for white people to exist.  If we fight back, it’s racist. If we report it, it’s racist. If we don’t like a Communist man who just happens to be black as president, its racist. 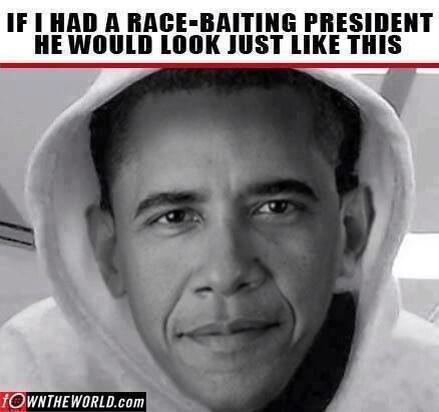 Proponents of President Obama’s “Affordable Care Act” often suggest skeptics look across the Atlantic to the United Kingdom as an example of what can be made better with the American health care system.

But doctors in the United Kingdom have about had it, it seems, calling their own system “worse than Communist China.”

A recent report in the U.K. Telegraph chronicles the conclusions of the British Medical Association’s annual conference, where doctors loudly lamented the undue power of abusive managers and bureaucrats, who seem to have as much or more power in hospitals than the actual doctors.

“The result is the perfect toxic professional working environment for this explosive mixture to generate disasters such as Mid Staffordshire which did so much harm to patients,” said Dr. Peter Holden, a member of the BMA’s GP negotiating committee.

“Not even in Communist China did they have managers overruling doctors in the operation of hospitals and health services,” he added.

Now here are a few things you may not have known:

Nelson is a lifelong Democrat, according to The Smoking Gun, but was appointed in 1999 to fill a vacancy in the 18th Judicial Circuit (covering Seminole and Brevard counties) by none other than Florida’s Republican Governor at the time, Jeb Bush.
She’s registered to vote as a Democrat from her Sanford home–about three miles from where Trayvon Martin was shot to death–but has appeared on the ballot with no specific party affiliation, the Smoking Gun adds.
“She will make certain rulings that may be more favorable to the prosecution,” Kimberly Priest Johnson, a Dallas-based federal criminal defense lawyer, told WTSP-TV.
When a woman stood trial for snatching a baby from a Florida hospital in 2008, Nelson wasn’t moved by the fact that the infant was missing for only about an hour. She sentenced the 39-year-old kidnapper to 30 years in prison, WTSP-TV reports.
“Lawyers appearing before her know that her reputation is to be a law-oriented, no-nonsense judge,” an Orlando defense attorney who argued a civil case before Nelson told WTSP-TV. “We know not to cross that line.”
Records show that for her first election campaign, Nelson’s “financial supporters included Zimmerman lawyers Mark O’Mara and Don West… O’Mara gave $250 to Nelson’s campaign, while West–who has tangled frequently with the jurist as he has defended Zimmerman against charges that the neighborhood watch volunteer murdered Trayvon Martin–donated $100,” the Smoking Gun reports.
Nelson ran unopposed for reelection in 2006 and 2012 and sought no contributions for them, though the Smoking Gun reports she loaned $50,000 to her 2012 campaign “last January. But after paying a $5687.12 qualifying fee and an $18 bank charge, Nelson repaid herself $44,294.88 on May 1. It is unclear why she loaned so much money to her campaign, only to have it returned three months later.”
Nelson was admitted to the Florida bar in 1979 and earns around $142,000 as a Circuit Court judge (likely far less than what she would make in private practice). In a financial disclosure form filed last year with Florida’s Department of State, Nelson reported that her net worth was nearly $574,000.
The Smoking Gun notes the following Nelson declaration during her first campaign: “I think I have a lot to offer the community. I love the law. I am fair and just and an impartial person.”

They don’t make men like they used to. One can consult a Danish study that shows plummeting testosterone levels for scientific confirmation of this. Or, one could more easily turn on any cable news network’s wall-to-wall coverage of the Zimmerman-Martin case, a tragedy involving two males fumbling in the dark on how to be men.

Whatever the protagonists may be guilty of they are surely innocent of being men. The six female jurors, not tasked to reach a verdict on the manhood of the central players, nevertheless know the truth of this more than other trial observers. The Venusians know the Martians better than they know themselves. And vice versa — what do they know of x chromosomes who only x chromosomes know?

On the maturity count, Trayvon Martin might reasonably plead not guilty by reason of chronology. Seventeen-year-old boys quite often act like, in the vernacular of Zimmerman, “f—-ing punks.” Most grow out of it, but Mr. Martin unfortunately will not get that chance. Rarely, in spite of their exaggerated masculine posturing, do teenage boys behave as mature males.

Martin’s Twitter feed reads as a parody of poor grammar and an even more impoverished vocabulary. There, he’s a “No Limit N-gga,” girls he knows are “bitches” and “hoes,” and the primary extracurricular activity he immerses himself in is marijuana. The gold-teeth smile, the tattoos, the ten-day suspension from school, and all the rest appear as pathetic attempts to assert his virility. Yet, as his supporters point out, Trayvon also liked Skittles and Chuck E. Cheese’s. The presentation that Trayvon affected and the Trayvon that his supporters present are, like so many making the journey from adolescence to adulthood, at war internally.

The Justice Department spent thousands of dollars and dedicated manpower toward efforts to convince Florida authorities to press charges against George Zimmerman, a revelation a former Obama Justice Department attorney says is taking a racial agenda to a new level.

According to documents obtained through a Freedom of Information Act request by the watchdog group Judicial Watch, the Justice Department spent more than $5,300 after being “deployed” to Florida to “work marches, demonstrations and rallies related to the shooting death of an Africa-American teen by a neighborhood watch captain.” It was all related to the public pressure for prosecutors to charge Zimmerman with murder in the shooting death of Trayvon Martin.

The effort was conducted by the Community Relations Service within the Justice Department. Its job is traditionally to maintain calm in the midst of a volatile atmosphere, influenced by race or any other factor.

“They go down wherever there’s a hot spot, and they’re supposed to act as a buffer between the two sides. They’re supposed to explain to people how to behave, explain to the opposing sides what to do and what not to do, essentially just to calm things down. They’ve been doing this since the 1960s,” said J. Christian Adams, who served in the civil rights division of the Justice Department under President Obama.

Adams told WND it’s clear the Justice Department had no intention of being a buffer in this case.

“What’s troubling about it is that Justice only showed up after jokers like New Black Panther Malik Zulu Shabazz were holding press conferences demanding bounties be put on George Zimmerman’s head. Did Community Relations Service come down and lecture Malik Zulu Shabazz about such incendiary language? I very much doubt it. This is the same Malik Zulu Shabazz whom I sued in federal court and (Attorney General) Eric Holder cut loose in the voter intimidation case out of Philadelphia. Like so many other things with this Justice Department, the Community Relations Service seems to be on one side, stoking racial resentment,” he said.