I have tried to explain to people that it is less what Obama says and more what he does that matters, but many still refuse to believe that the man wants to be a dictator.  Until they hear him say it, they will not believe this  is what Obama really wants.  But I wonder, even if it were reported that Obama said he wanted to be a dictator, would those people believe Obama then?  I bet they wouldn’t:

After re-election, Obama asked aides how to govern without Congress

“Guys, I don’t want politics to be a limit of what you recommend to me,” Obama told senior aides David Plouffe, Lew, Dan Pfeiffer and Pete Rouse a couple of weeks after his reelection, according to a White House aide with direct knowledge of the meeting.

“Let’s come up with an agenda, then let’s figure it out from there as best we…

Prosecutors on Thursday charged two Malaysians with sedition and inciting religious enmity after they posted a photograph on Facebook considered an insult to the Muslim holy month of fasting.

They face up to eight years in prison if convicted of both charges in the Muslim-majority nation.

Alvin Tan and Vivian Lee, both ethnic Chinese non-Muslims in their 20s, drew criticism when they uploaded a photograph of themselves earlier this month eating pork stew while conveying greetings to Muslims for the current fasting month of Ramadan. Pork is forbidden for Muslims.

Tan and Lee had indicated last week that the photo was meant to be humorous.

Both pleaded not guilty Thursday in a Kuala Lumpur court, which refused to allow them to remain free on bail ahead of their trial.

Malaysia’s attorney general, Abdul Gani Patail, said in a statement that authorities want them detained because “they have the…

A Democratic state senator—who argued earlier this year that stabbing a crazed gunman with “ballpoint pens” while he’s reloading is better than carrying a guns—has declared he won’t let his kids play cops-and-robbers with Nerf guns following the Zimmerman verdict.

Colorado Sen. Jessie Ulibarri wrote on his Facebook page that when his 15-year-old son asked Ulibarri if he could play cops-and-robbers, “[w]ith a dry mouth and wet eyes, I angrily told him that he could not go outside and play a simple childhood game.”

Ulibarri, a Hispanic, writes that “his stomach lurched and cold fingers of fear grasped at my throat” over the prospect of his son being racially profiled and hurt or worse if he’s seen carrying a Nerf gun.

More from Ulibarri: “I hope [my son] knows that I am not angry with him, but I’m infuriated with the world we’re raising him in. I’m angry at myself for limiting my son and denying him his youth because I’m petrified of what may happen to him for LWB (living while brown). I’m angry that black and brown boys are always seen as a threat, and never the joyful kids I know them to be.”

”On the morning of the 14th (Sunday) my step son, a Lance Corporal in the United States Marine Corps , was out with two other friends off base in 29 Palms CA. One was a Marine the other a Civilian. Steven and the other Marine are both white, and they’re mutual friend is black. The…

If there is one hopeful note amid all the anguish and recrimination from the acquittal of George Zimmerman, it’s that growing numbers of white people have come to appreciate whiteness for what it is: an unearned set of privileges. And as a result of that dawning awareness, it’s become possible to imagine a day when that structure of privilege is dismantled — by white people.

Recall that immediately after the killing of Trayvon Martin, people of every race took to the Internet to declare “I am Trayvon Martin.” They wore hoodies. They proclaimed solidarity. That was a well-meaning and earnest attempt to express empathy, but it also obscured the core issue, which is that Martin died not because he was wearing a hoodie but because he was wearing a hoodie while black. Blackness was the fatal variable.

And so now, postverdict, a more realistic meme has taken root. On Tumblr and Facebook and elsewhere there is a new viral phenomenon: “We are not Trayvon Martin” (emphasis mine). Huge numbers of white Americans are posting testimonials and images to declare that it is precisely because they are not black that they have never had to confront the awful choices Martin faced when Zimmerman began to pursue him.

This isn’t about empathy or the posture of equivalency that empathy can tempt us to assume. It’s about owning up to the unequal privilege of being nonblack and saying, in essence, “I am George Zimmerman.” And because I am George Zimmerman, I get to have my fears trump reality. I get get-out-of-jail-free cards. I get a presumption of innocent victimhood, no matter what my own acts or attitudes.

Much has been made about the fact that Zimmerman is white and of Hispanic ethnicity, as if he therefore couldn’t possibly embody white privilege. This is a deep misreading of the dynamics of race and the media in America…

From FrontPageMag
July 18, 2013 By Andrew Marcus

My friend Juwannadoright reblogged the original post and made some very cogent points here, I recommend her take highly. I do want to go a bit farther with it however. She does make the point that I took my title from. A large part of the problem we have in the west is because we are afraid to call things by their correct names. In this particular case we have a crime ring in the UK running rampant because everybody, including the police and the courts are afraid to say the next clause “endemic sexual abuse of children by predatory Muslim paedophile gangs.” I can’t speak for you but, I’ve noticed little reluctance to speak out (whether or not justified in any given case) against any hint of pedophilia in organized Christianity, and here I thought double standards were bad. 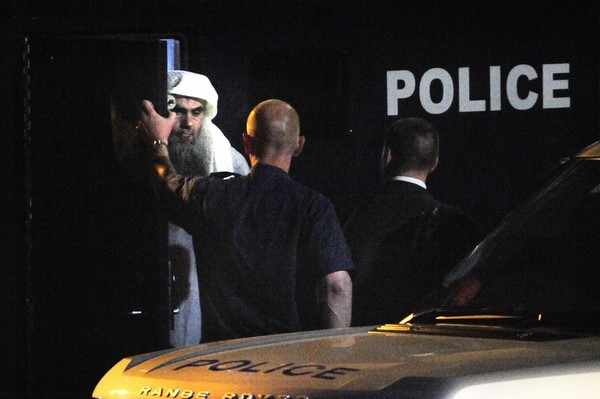 ‘Conservative radio host Dana Loesch delivered a fiery monologue while guest hosting the Glenn Beck Program Tuesday, decrying those who are protesting on behalf of Trayvon Martin for not demonstrating the same outrage at the unbelievable violence gripping Chicago.

‘Youth are the biggest target in Chicago. Black youth,’ she pointed out.  ‘In 2012, Chicago had 100 more murders than New York City, 215 more than Los Angeles, and according to the Chicago Reporter and other statistics, from 2008 to 2012 half of Chicago’s nearly 2,500 homicide victims were killed before they reached their 25th birthdays.’

‘So where are the riots?  Where are the protests?’ Loesch asked.  ‘I mean yes, apparently they are just killing black teenagers out there – but who is ‘they’?  According to the Bureau of Justice Statistics, anywhere from 8,000 to 9,000 black Americans are killed every year…93% of these murders are committed by other…