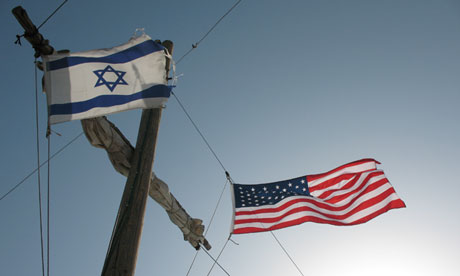 The agreement for the US to provide raw intelligence data to Israel was reached in principle in March 2009, the document shows. Photograph: James Emery

The National Security Agency routinely shares raw intelligence data with Israel without first sifting it to remove information about US citizens, a top-secret document provided to the Guardian by whistleblower Edward Snowden reveals.

A Summary of War Crimes: Obama’s Funding of FSA Crimes Against Humanity (Video).

All of the horrific crimes against humanity in the video below were committed by the Free Syrian Army (FSA) Rebels. They were all made possible by the financial funding and the weapons supplied, courtesy of the Barack Hussein Obama administration.

As you watch the video keep in mind… these are the very people that Obama, Kerry, Powers, McCain, Graham and others want in charge of Syria

This dad, unhappy with his daughter’s short shorts, decided to wear a pair of his own.  They went out to a family dinner.

I am sure she was horrified.

They say there are two sides to every coin!……Firstly let’s take the story at face value and examine the first article on the subject of so called” Dowry Deaths”….read on….

One woman dies every hour due to dowry related reasons on an average in the country, which has seen a steady rise in such cases between 2007 and 2011, according to official data.

National Crime Records Bureau (NCRB) figures state that 8,233 dowry deaths were reported in 2012 from various states. The statistics work out to one death per hour. The number of deaths under this category of crime against women were 8,618 in 2011 but the overall conviction rate was 35.8 per cent, slightly above the 32 per cent conviction rate recorded in the latest data for 2012.

Do you remember when the leader of the New Black Panthers publicly called for blacks to kill whites, and Eric Holder’s DOJ did nothing? How about when Barack Obama advised his supporters to “get in their faces,” “punish your enemies,” and “if they bring a knife to the fight, we bring a gun?”

Now the most divisive president and attorney general in history are getting what they want. They’ve already accomplished redistributing the wealth, now it’s time to redistribute the violence.