How Do You Negotiate With a President Who Cannot Be Trusted?

Don’t Buy the Media Spin: The Shutdown Is Killing ObamaCare

Evidently, Conservatives are Not Permitted to Adopt Black Babies 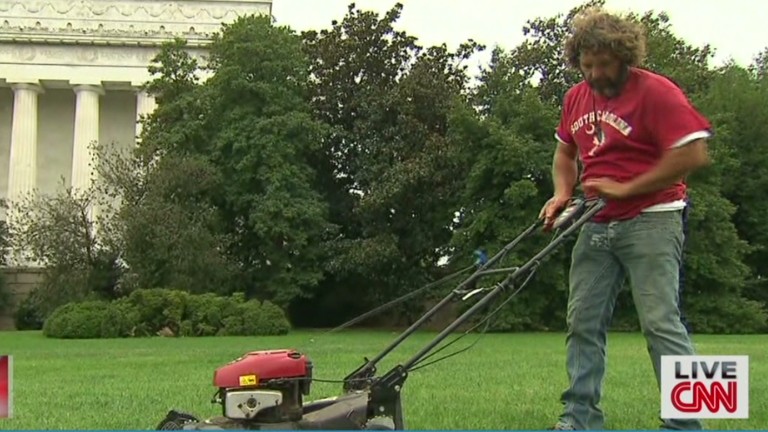 ” As the shutdown settles uncomfortably into its second week, fed-up American’s across the nation are ignoring the federal government’s inability to get its house in order by defying barricades preventing them visiting national monuments, parks or malls.”

” Civil disobedience is becoming more common and the sight of veterans pushing through gates to pay their respects at the World War II Memorial or even a little boy unable to go to the zoo has left the Obama administration in an awkward position.”

“As thousands continue to visit national parks and others proudly post pictures to Twitter and Instagram of their alleged ‘trespassing’, one picture in particular has tugged at the heart and been held up as a symbol of the maddening gridlock on…

We the People of the United States

The National Park Service (NPS) has seemingly declared war on the citizens of this country (non-citizen, illegal aliens exempted, as they get special treatment).  Obviously, the NPS has become part of Barack Obama’s longed-for private army:

We’ve got to have a civilian national security force that’s just as powerful, just as strong, just as well-funded [as the military].

Do you think cutting short the live testing was a good idea?

Donald Trump: ‘I’m a Believer in the Tea Party’.

Billionaire real estate developer Donald Trump says he likes what Sen. Ted Cruz and other members of the tea party are doing as they try to rein in the debt ceiling and work out a budget deal.

In an interview Thursday night, CNN’s Piers Morgan asked Trump what he would do if he were in House Speaker John Boehner’s shoes, with “40 people in his party effectively holding the entire country to ransom.”

“I’m a believer in the tea party because what they want is what’s really right for this country,” Trump responded. Members of the GOP tea party caucus want something done about the debt and other issues, he said.

“Our country is in a freefall,” Trump said. “These are great American people. Sometimes severe, sometimes not so severe, but they do want what’s good for the country.”