Enrollment in Obamacare Exchanges: How Will Your Health Insurance Fare?

Obama believes that there are 57 states, so that means that more than 50 states have increased premiums. 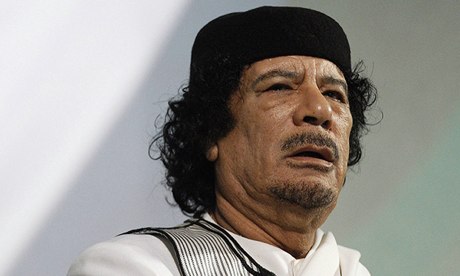 Libya marks the second anniversary of the death of Muammar Gaddafi with the country on the brink of a new civil war and fighting raging in the eastern city of Benghazi, birthplace of its Arab spring revolution.

Violence between radical militias and regular forces broke out on Friday night and continued yesterday, while the capital Tripoli is braced for fallout from the kidnapping earlier this month of prime minister Ali Zaidan. Federalists in Cyrenaica, home to most of Libya’s oil, open their own independent parliament in Benghazi this week, in a step that may herald the breakup of the country.

For months, radical militias and regular forces in Benghazi have fought a tit-for-tat war. Last week two soldiers had their throats slit as they slept in an army base. But Friday’s killing of Libya’s military police commander, Ahmed al-Barghathi, shot as he left a mosque, has became…

” The authorities in Mexico have said gunmen dressed as clowns have shot dead a former leading member of a once-powerful and violent drug cartel.

Francisco Rafael Arellano Felix, 63, was killed in a beach resort in Baja California in north-western Mexico.

He and his brothers controlled the drug trade on Mexico’s border with the United States in the 1990s.

But their Tijuana cartel was gradually weakened by the capture or killing of other leading members.

“He was hit by two bullets, one in the chest and one in the head,” said Isai Arias, a Baja California state government official.

The attack took place during a family party at a rented beach house in the tourist resort of Cabo San Lucas.”