I do NOT like infowars, but at times, he gets it right:

Nearly 50 mayors have jumped ship on former NYC Mayor Michael Bloomberg’s “Mayors Against Illegal Guns” campaign over allegations that the group’s ultimate goal is outright gun confiscation, according to one former member.

“Under the guise of helping mayors facing a crime and drug epidemic, MAIG intended to promote confiscation of guns from law-abiding citizens,” Tkazyik said, confirming what many already suspected about the group.

“Nearly 50 pro-Second Amendment mayors have left the organization. They left for the same reason I did,” he also added.

The fact that 50 mayors bailed in response to a concerted effort to undermine the Bill of Rights is certainly headline-worthy, but so far, unsurprisingly, few other media outlets have picked the story up.

And Tkazyik isn’t the first to cast these allegations. In 2007, the mayor of Williamsport, Pa., also said she left after witnessing “dubious” attempts to subvert the Second Amendment. “I have learned that the coalition may be working on issues which conflict with legal gun ownership, and that some actions on your behalf are dubious,” then-Williamsport Mayor Mary Wolf wrote in a letter to Bloomberg himself.

And just last year, during a Mothers Demand Action rally (a gun control coalition which merged with MAIG in December 2013), Austin, Texas City Councilman Mike Martinez singled out a protestor carrying a “Stop the Gun Ban” sign and told him, “…there is no gun ban currently, but because of the work we’re doing here today, we will make your sign legitimate shortly, so you hang on to that.”

News of the group’s traitorous crusade comes at a time when American gun owners are already wary of continual attempts to curtail firearm ownership. Since the Sandy Hook school shooting, the Obama administration has proposed legislation aimed at combating “gun violence,” including proposals that would require background checks for all gun sales; in effect, registration.

American gun owners who know the history behind gun control are fearful that a federal gun registry will eventually lead to confiscation. Indeed, numerous articles have been published showing how, since 2007, roving law enforcement teams have been disarming Californians deemed “illegal” using a list of owners.

However, in the face of blatant evidence, the director of MAIG, Mark Glaze, has boldly gone on to publicly deny that “nobody in California has come to take anyone’s guns.”

Mike Rowe of Discovery Channel’s “Dirty Jobs” fame responded on Facebook Monday to public criticism over his narration of a new Walmart commercial advocating a $250 billion campaign to create manufacturing jobs in the U.S.

“Last night during the Olympics, a commercial started running called “I Am a Factory.” It’s part of a larger campaign sponsored by Walmart, called “Work Is a Beautiful Thing.” The commercial features real people doing real work in real factories all across America. It’s not very glamorous, but it’s honest and authentic, and I was honored to narrate it,” Rowe posted to his Facebook just after midnight.

The Ford spokesman answered numerous questions posed to him by those supportive and skeptical of the manufacturing campaign.

“Hey, I am on your side here, I want “made in America” too but make you’re sure on the side of the WORKER not the corporate greed side ok Mike?…

Interesting piece of history that as far as I know hasn’t been told let alone taught in schools. This is history progressives want removed and forgotten. A few hundred soldiers and military hardware can control thousands in DC. Take note approx 45,000 UNEMPLOYED Veterans following WWI OCCUPIED the nations capital, with thousands more on the way who were PHYSICALLY surrounding the capital…. Marchers stayed camped out in central Washington, all they wanted was the cash bonus they were promised, to be paid out by 1945 in 1932, because the depression left them in dire straits with families to feed. The Senate rejected the protestors demands went into recess where Pres Hoover FEARING the protestors called in the military (under McArthur & Eisenhower) to remove them!

We have people today just as enraged in the millions not in the thousands as they were in 1932. There are over 100 MILLION Americans…

Consider this your feel-good story of the day: a suicide bombing instructor in Iraq was demonstrating to his pupils the proper way to detonate a suicide vest in order to kill infidels only to blow up the whole class, killing most of the would be martyrs.

A group of Sunni militants attending a suicide bombing training class at a camp north of Baghdad were killed on Monday when their commander unwittingly conducted a demonstration with a belt that was packed with explosives, army and police officials said.

The militants belonged to a group known as the Islamic State of Iraq and Syria, or ISIS, which is fighting the Shiite-dominated army of the Iraqi government, mostly in Anbar Province. But they are also linked to bomb attacks elsewhere and other fighting that has thrown Iraq deeper into sectarian violence.

Twenty-two ISIS members were killed, and 15 were wounded, in the explosion at the camp, which is…

I’m seeing a lot of “Hillary 2016″ stickers around lately, as if she already has it in the bag, as if she’s a shoo-in. Things like this: 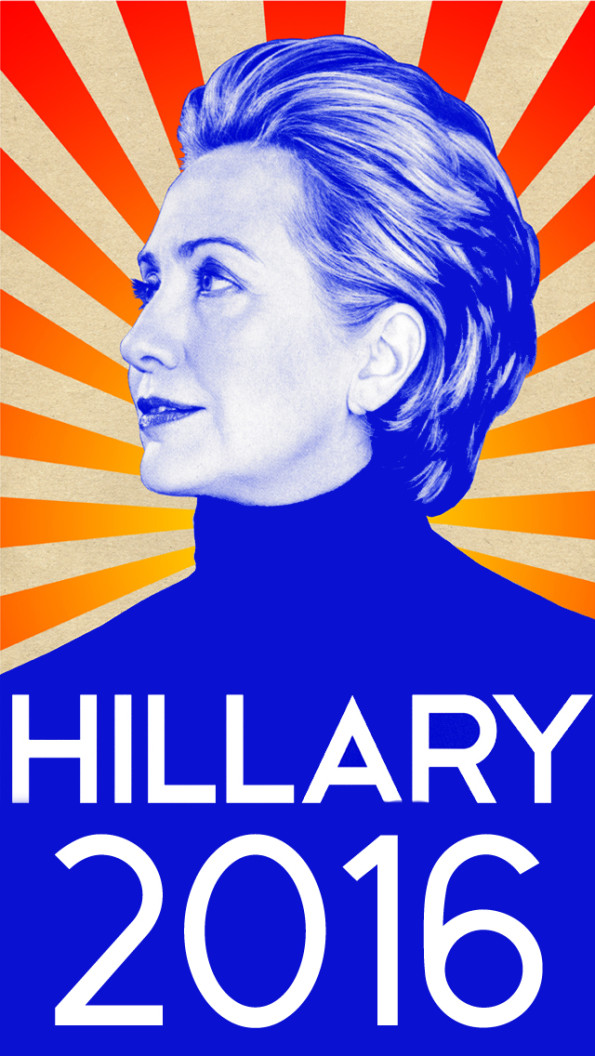 Besides the fact that it looks like classic fascist propaganda, and besides the fact that for some strange reason (<– sarcasm) we always seem to come back around to placing a Bush or a Clinton in a top leadership position in this country, the idea of Hillary Clinton actually becoming president in a few years is truly horrifying.

There are so many reasons I could list, but for starters let’s go with something basic like…her sense of humor. I know, sounds ridiculous right?

Bear with me for a sec.

Christians and other religions are persecuted around the world and America plays a role. Our government, churches, media, universities and others stand by silently as innocents die. We are complicit in our silence in the face of evil.

See the video America is Complicit in the Murder of Religious Minorities.