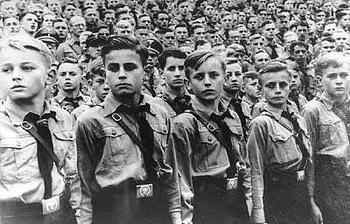 There is presently a massive conspiracy designed to separate you from your children and give the government complete control over your children. To put it simply, Human, Health and Services (HHS)  and their state level emissary, Children Protective Services (CPS) are engaged in a conspiracy which will culminate in (1) the Agenda 21 designed breakdown of the family; (2) the eradication of any semblance of parental authority over children; and, (3) unbridled and unfettered access to seizing children from the home in unlimited quantities for whatever nefarious purposes which might dictate the volume of child seizures.

The Plot Is International Begins with the UN

This program emanates from a partnership between various United Nations organizations and ICF, acting on behalf of HHS, CPS and Obamacare (i.e. The Affordable Health Care Act). The evidence in this article, along with the included links…

This story hasn’t garnered a lot of attention nationally yet, but it definitely will be of interest in terms of questions surrounding activist judges and courts as well as issues of states’ rights. To put the background in thumbnail version, there are two criminals who were convicted of crimes involving children more heinous then I would care to detail on these pages. They were subsequently convicted and sentenced to death. However, in the course of the appeals process, the Oklahoma State Supreme Court granted a stay of execution. This riled not only the Governor, but several members of the House. (For a full and excellent background on the case, also involving some of the details of these terrible crimes – you have been warned – see this full summary at Redstate.)

While the issue of the stay has since been resolved, the matter wasn’t dropped. And now, the House is…

A second video obtained by The Globe and Mail shows Toronto MayorRob Ford smoking what’s described as crack-cocaine by a self-professed drug dealer in his sister’s basement early Saturday morning.

Toronto Mayor Rob Ford will take a leave of absence to seek help for substance abuse, his lawyer said Wednesday.

The mayor’s decision came shortly after The Globe and Mail reportedly viewed a new video of Ford smoking what’s described as crack-cocaine, and the Toronto Sunobtained a new audio recording of Ford swearing in a bar.

“I have a problem with alcohol and the choices I have made while under the influence,” Ford said in a statement late Wednesday night.

Pennsylvania police officers no longer need a warrant to search a citizen’s vehicle, according to a recent state Supreme Court opinion.

The high court’s opinion, released Tuesday, is being called a drastic change in citizens’ rights and police powers.

Previously, citizens could refuse an officer’s request to search a vehicle. In most cases, the officer would then need a warrant — signed by a judge — to conduct the search.

That’s no longer the case, according to the opinion written by Supreme Court Justice Seamus McCaffery.

The ruling, passed on a 4-2 vote, was made in regard to an appeal from a 2010 vehicle stop in Philadelphia.

“This is a significant change in long-standing Pennsylvania criminal law, and it is a good one,” Lancaster County District Attorney Craig Stedman said Wednesday afternoon.

Under prior law, an officer who…