Albany, N.Y.– Billionaire Donald Trump said at a rally in Albany Tuesday that he has been contacted by a group of people about purchasing the Buffalo Bills.

He confirmed to 13WHAM’s Cody Combs at the rally that he was contacted, but did not specify who contacted him.

Obama In Saudi Arabia – A Failed Opportunity For Christian Freedom

When President Obama visited Saudi Arabia this past week, he had an opportunity to follow through on his inspiring words during his speech at the February 6 National Prayer Breakfast. There, he told thousands of Christian leaders that “the right of every person to practice their faith how they choose” is central to “human dignity,” and so “promoting religious freedom is a key objective of U.S. foreign policy.”……… Click here for full story Something is missing from the Riverside Dining Facility at Patrick Air Force Base: the traditional POW/MIA “Missing Man” table.
Such tables, a mainstay at military bases and veterans’ organizations, are set for six, one for each service — the Army, Air Force, Marines, Navy, Coast Guard and civilian personnel — representing personnel missing in action or taken as prisoners of war.
The table was removed from Florida’s Patrick Air Force Base because of one item traditionally placed on the table — a copy of the Bible, according to Florida Today.
“The 45th Space Wing deeply desires to honor America’s Prisoners of War (POW) and Missing in Action (MIA) personnel,” commanders said in a written statement, Florida Today reported. “Unfortunately, the Bible’s presence or absence on the table at the Riverside Dining Facility ignited controversy and division, distracting from the table’s primary purpose of honoring…

I’ve been in this business a long time, and I’ve seen a lot of deadlines come and go.

But let me tell you why the deadline tomorrow is among the most important: If we wake up on Tuesday and find out we came up short, we’re in bad shape for November — that is not hyperbole.

That’s why we’re asking 522 Democrats like you from Washington to chip in to keep your region’s support strong.

Losing will mean more senators like Ted Cruz, and more Tea Party Republicans in the House.

I don’t have to tell you why we can’t let that happen. So join your neighbors and chip in $3 or more before tomorrow’s deadline to make sure it doesn’t:

Thanks for everything you’re doing to support Barack and me.

via Joe Biden warns: ‘We could lose’ — to Ted Cruz! | Mobile Washington Examiner. 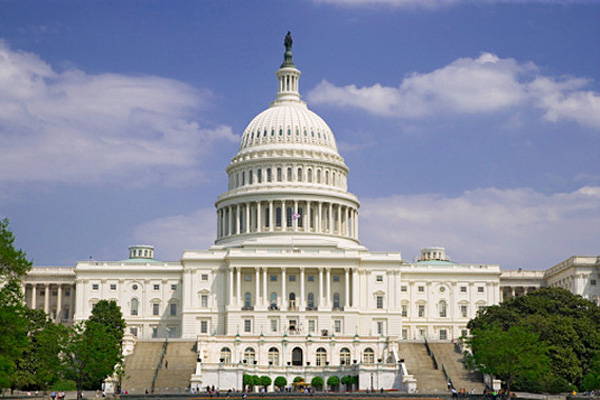 Ladies and gentlemen, the three largest economies in the world…

Appreciating the full scope of the US government is difficult, because its activities are undertaken at the federal, state, and local levels. Adding all of this together, government in the US consumes more than $6 trillion a year. This makes the US government the world’s 3rd largest economy.

The United States economy produces just over $16 trillion in total goods and services every year. China’s economic output is, by the most reliable measure, over $8 trillion. The next largest national economy is Japan, producing around $5 trillion in total economic output. Federal, state, and local governments in the US, however, consume more than $6.2 trillion. US government spending, in fact, is about the same as the total economic…

The Aspen Times is an 11,500-circulation, 7-day-a-week newspaper in the ski resort of Aspen, Colorado with a history dating back to 1881.

Glenn K. Beaton is a columnist for The Aspen Times, and a contributing columnist for The Wall Street Journal. He is a former Partner and Co-Chair of the Intellectual Property Group of the international law firm of Gibson Dunn & Crutcher, LLP, and practiced in the U.S. Supreme Court.

In other words, Beaton is neither crazy nor a flake.

In an opinion essay for The Aspen Times on March 30, 2014, Beaton asks if Barack Obama is a Manchurian candidate secretly working in Russia’s interest.

Obama whispers “This is my last election. After my election, I’ll have more flexibility.” to then Russian President Dmitry Medvedev at the nuclear security summit in Seoul, March 26, 2012.

Is Obama a Manchurian?