PRAISE BE TO GOD!! LAUS DEO! 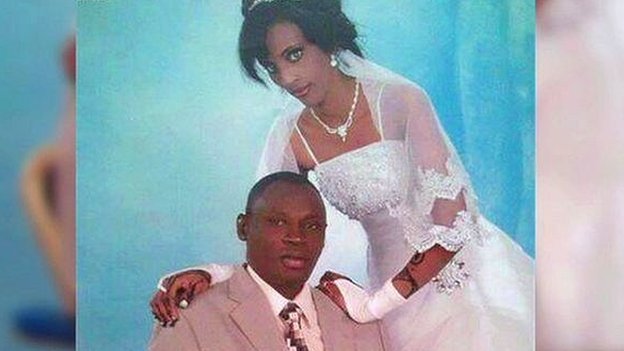 Sudanese authorities are to free a woman who was sentenced to death for having abandoned the Islamic faith, a foreign ministry official says.

Meriam Ibrahim, who gave birth to a daughter in custody, will be freed in a few days, the official told the BBC.

Abdullahi Alzareg, an under-secretary at the foreign ministry, said Sudan guaranteed religious freedom and was committed to protecting the woman.

Khartoum has been facing international condemnation over the death sentence.

In an interview with The Times newspaper, British Prime Minister David Cameron described the ruling as “barbaric” and out of step with today’s world.

The UK Foreign Office this week said that it would push for Ms Ibrahim to be released on humanitarian grounds.

Ms Ibrahim, 27, was brought up as an Orthodox…

A bitchin’ rendition of “Billie Jean” on beer bottles:

LadyRaven's Whisky In A Jar - OH!

To even hope this weasel is gone for good is a waste. He will bottom dwell somewhere else as his agenda, communism, runs in his blood, thru his home, out his lying, smart-alecky mouth. A little rumor bird has it he will return to the beloved motherland. At least we won’t have to hear him every, single, damn day.

A bit of the legacy he leaves behind, then buh bye Jay.

Wikipedia – As of June 21, 2013, Yahoo news reported Carney has responded in some variation of “I don’t know” over 1,900 times since his first briefing. It was further reported Carney had somehow dodged a question approximately 9,486 times.

In April of 2002 White House press secretary Jay Carney offered some important insight into his job. Speaking at a scholarship lunch hosted by the White House Correspondents’ Association…

This video from England says about itself:

The personal assistant who exposed sleazy emails at the Premier League today reveals why she blew the whistle.

By Steven Walker in Britain:

Too much money in English game

When the chief cxecutive of the English Premier League Richard Scudamore keeps his job after email leaks revealed deeply unpleasant sexist remarks weeks before the World Cup, it shows how far the integrity of English football has sunk.

It makes the FA policy statements about sexism, racism and inclusion look like meaningless platitudes. And what kind of message…