by Matthew Burke, TPNN
Every congressman, regardless of political party or ideology, takes an oath of office that reads (emphasis added):“I do solemnly swear (or affirm) that I will support and defend the Constitution of the United States against all enemies, foreign and domestic; that I will bear true faith and allegiance to the same; that I take this obligation freely, without any mental reservation or purpose of evasion; and that I will well and faithfully discharge the duties of the office on which I am about to enter: So help me God.”

Granted, the Democrat Party, the party that “booed” God loudly three times at their 2012 convention, probably have a huge problem with the “So help me God” closing, but, nevertheless, they promise to follow the U.S. Constitution.

The beginning body of the U.S. Constitution, Article, I, Section 1, states that “ALL” legislative powers are obtained by…

This week, we’re putting love on top
As their “On the Run” tour continues to thrill the nation, there’s no doubt that Beyonce and Jay Z are the most formidable power couple in music, right now.
See also:
July 15, 2014 at 09:20AM
http://nblo.gs/Yqqfd
By Deepak verma

WHERE THE HELL IS THE U.S. MEDIA ON THIS STORY? THE PROPAGANDA IS NOT ALLOW TO SAY ANYTHING NEGATIVE ABOUT THE TYRANT, OBAMA! 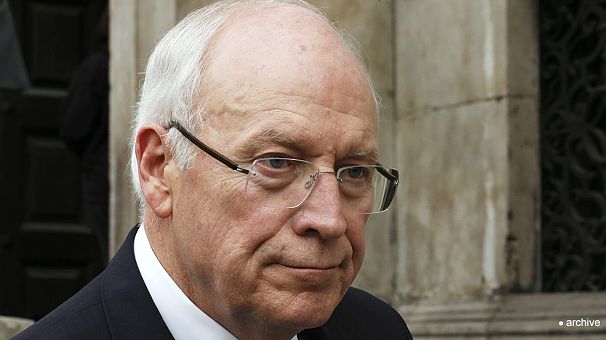 More than five years after leaving office, former US Vice President Dick Cheney sees the world in bad shape, especially the Middle East, and he blames President Obama (again) for most of it.

Crises in Syria, Iraq, Israel and the Palestinian territories, Ukraine and elsewhere, nuclear capabilities of Iran soon, rapid spread of terrorism: “I don’t like what I see happening”, Cheney said at a lunch hosted by Politico Magazine at the Mayflower Hotel in Washington on Monday.

For Cheney, Obama with his lackluster leadership is the prime suspect responsible for this mess. “He has created a situation in which our friends in the region are scared to death”, Cheney said, quoting Israeli and Arab “friends I have known for 25 years.” FILE – In this Tuesday, Jan. 1, 2013, file photo, the dome of the Capitol is reflected in a skylight of the Capitol Visitor’s Center in Washington.(AP Photo/Jacquelyn Martin, File)

It’s the fact that a majority of Americans say they’re independents, and no longer no longer identify either political party.

Every Fourth of July we have a family dinner and take turns reading sections of the Declaration of Independence. When my kids were young they were thoroughly bored. When they were teenagers they rushed through the reading so they could ditch the family and see their friends, who weren’t subjected to such July 4th indignities. But my children are grown now, and this year brought their friends to our family dinner.

We handed out slices of American Flag cake along with copies of the Declaration and commenced reading, going around the table. My children were apprehensive their friends would think… The Pentagon is laying off thousands of military officers, including those serving or who have recently served in Afghanistan.

Defense Department officials said the reductions are the result of mandatory spending cuts imposed by sequestration and are part of their larger plan to reduce the number of U.S. soldiers from 520,000 to 450,000.

Roughly 2,600 captains and other officers have or will be laid off, with more expected, Fox News learned Friday.

“It puts the soldier, the soldier’s family and the men under his command at risk,” said Scales, a Fox News contributor. “Young officers look at each other and wonder who is next.”

He said the Pentagon made a similar move after the Vietnam War.