‘Integration’ to be accomplished through ‘unstopped flood crossing illegally’?

The author of a book that is credited with revealing to the public a clandestine campaign for a “North American Union” suggests the current border crisis – in which tens or even hundreds of thousands of illegal aliens are simply moving into America – is a steppingstone to the original NAU plan.

“We stopped the [Security and Prosperity Partnership] simply by exposing the plan to create a North American Union,” said Jerome Corsi, author of “The Late Great U.S.A.: The Coming Merger With Mexico and Canada.”
The book tackled the issue of the governments of the U.S., Mexico and Canada meeting to coordinate activities and actions, regulations and more, but those overt efforts have diminished since the controversy erupted.
“Now the timetable for continental integration has slowed down,” Corsi said. “The decision seems to have been made to accomplish first the…

Aw, they shouldn’t be so RACIST and close the borders!! Ask Obama and his prog-minions!!

Guinea has a declared a national health emergency as it battles to curb the spread of the deadly Ebola virus.

This meant tighter border controls, the immediate isolation of anyone suspected to have Ebola and a ban on moving bodies from one town to another, state radio reported.
Ebola has killed more than 1,000 people in West Africa amid fears that it could spread to East Africa.
This is the deadliest outbreak since the disease was discovered in 1976.
There is no cure for Ebola, but the first consignment of the experimental drug, ZMapp, has arrived in Liberia from the US, reports the BBC’s Jonathan Paye-Layleh from the capital, Monrovia.
On Tuesday, the World Health Organization (WHO) approved giving patients untested… 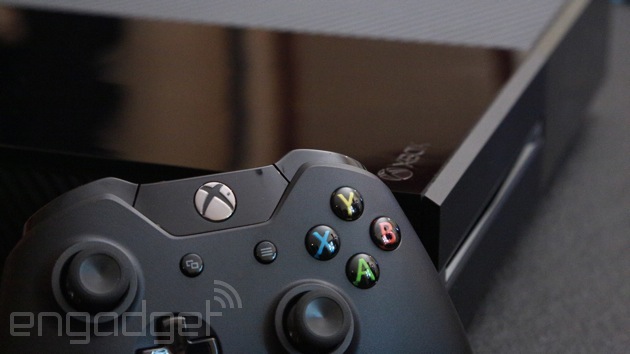 Remember those new Xbox One features Microsoft announced at Gamescom this week? They’re available right now — at least to members who are part of the company’s preview program. Major Nelson just announced that Xbox Live users that have access to…
August 15, 2014 at 07:50AM
http://nblo.gs/Zd8Km
By Deepak verma

Shaking my head….this is getting out of hand….blame the police first for every criminal they take out of society!

Police use of military-grade weapons—and how they use them—is becoming a serious issue in the United States. And it’s one the U.S. Court of Appeals for the Fifth Circuit dealt with recently when they upheld a decision dismissing a lawsuit filed against a North Texas sheriff who shot 12 rounds from his AR-15 assault rifle into a fleeing kidnapper’s car, killing the man.

In justifying its decision, the Fifth Circuit put its reasoning in terms the average American can understand: The sheriff did not violate the kidnapper’s constitutional rights because his undisputed criminal actions were taken straight out of a video game—think Grand Theft Auto.

Eric Holder. Photo: Diego M. Radzinschi/NLJ Attorney General Eric Holder Jr. took a more prominent role in the nation’s response Thursday to another round of violent clashes between protesters and police over the shooting death of an unarmed teenager by a police officer in Missouri.

President Barack Obama said at a press conference that he asked Holder to help ensure “an open and transparent process to see that justice is done.”

“I’ve asked the attorney general and the U.S. attorney on the scene to continue to work with local officials to move that process forward,” Obama said at a press conference. “They will be reporting to me in the coming days about what’s being done to make sure that happens.”

A Ferguson, Mo., officer fatally shot Michael Brown, 18, during an altercation Saturday. One eyewitness said that several shots hit Brown as he attempted to flee police with his hands…

The only plausible explanation for many actions taken by President Obama and his administration is that they are working counter to the security of the United States of America. How else can one rationalize the following:

1. The unilateral release of five senior Taliban back to the enemy while the enemy is still fighting us.

4. Negotiations with Hamas, a terrorist group.

5. Returning sanction money, to the tune of billions of dollars, back to the theocratic regime led by Iran’s ayatollahs and allowing them to march on towards nuclear capability.

In an operation that was again…