What part of the US is out of money don’t they get??? Frivolous lawsuits are expensive!! Looks like the dem/progs don’t care about your pocketbook eh?

Go Rick Perry! This was poetry in motion. Rick Perry killed it today responding to the junk indictment against him by desparate Texas Democrats.

This week, KISS rocker Gene Simmons not only embraced assimilation and the importance of English for immigrants to succeed, he gave a textbook example of how to successfully–and forcefully–do so on hostile turf.

He did so with no apologies–and plenty of compassion.

In an entertaining interview on HuffPost Live, Simmons said he was “given all the advantages of native-born children” after coming to the country when he was eight years of age, which he said was “astonishing” compared to other nations.

Why? Because he learned “goddamn… 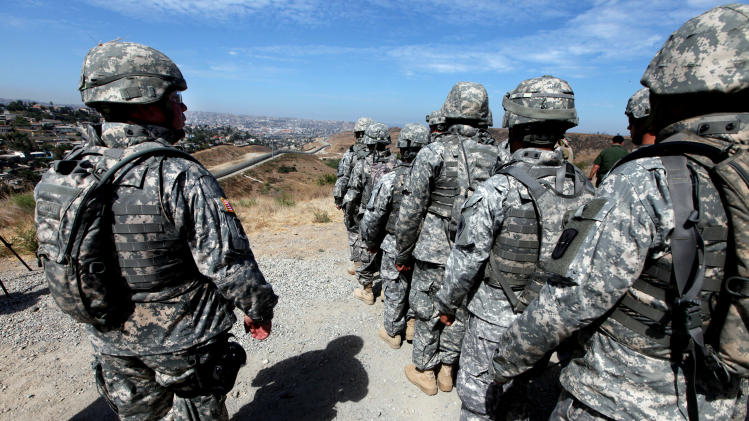 Mexico “reiterates, in a firm and categorical way, its rejection of this measure,” read a statement from the foreign ministry.

“No circumstance at all or change in border security exists that justifies this measure taken by the state.”

The troop deployment “does not contribute in any way to solving the immigration problem,” and is inconsistent with US-Mexico talks aimed at “building a modern, prosperous and safe border,” the statement read.

On Thursday Perry deployed some 1,000 National Guard troops to the border with Mexico.

WASHINGTON (AP) — U.S. Attorney General Eric Holder has asked for the Justice Department to arrange an autopsy on the body of Michael Brown by a federal medical examiner.

Justice Department spokesman Brian Fallon said in a news release on Sunday that Holder asked for the additional autopsy because of the “extraordinary circumstances involved in this case” and at the request of Brown’s family.

The 18-year-old Brown was shot and killed by a Ferguson, Missouri, police officer on Aug. 9. Brown was black and unarmed. Officer Darren Wilson is white.

Fallon says the autopsy will take place as soon as possible.

He also said the Justice Department will still take the state’s autopsy into account during the investigation.

The militarized response to protests and media coverage in Ferguson, Missouri has forced the federal government to rethink its policy of sending military hardware to police departments.

“I am deeply concerned that the deployment of military equipment and vehicles sends a conflicting message,” said Attorney General Eric Holder after police manhandled demonstrators, gassed a media crew, and used rubber bullets on protesters and journalists.

Following criticism by Sen. Claire McCaskill, a Missouri Democrat, and the introduction of legislation to curtail police militarization by Georgia Democrat Rep. Hank Johnson, Sen. Carl Levin, a Michigan Democrat and chairman of the Senate Armed Services Committee, said his committee will a design a program to determine if the Defense Department’s surplus equipment is being used appropriately.

“Our Main Streets should be a place for business, families and relaxation, not tanks and M16s,” Johnson said Thursday. “Militarizing America’s Main…