Damn the evidence. Full speed ahead.

The cop-hating radical lawyers of Eric Holder’s Justice Department are reportedly continuing to feed the passions of the lynch mob in Ferguson, Mo., that is screaming for the blood of the white cop who shot and killed a young black man earlier this month in what now almost certainly appears to be an act of self-defense. More: http://www.frontpagemag.com/2014/matthew-vadum/holders-lynch-mob-in-ferguson/

For the past several days I have been watching news reports on the mayhem that is happening in Ferguson, Missouri.
Personally, I have tried to ignore the events going on there since 18-year-old Michael Brown was shot by Officer Darren Wilson. Michael Brown was shot after he robbed a convenience store on August 9th 2014. Officer…

You want to know just how desperate progressive socialists are to have their way with illegal immigration and surrendering our border? Just take a listen to what a Democrat in Iowa had to say.
As reported by the Daily Caller, “Democratic State Representative and candidate for U.S. representative Pat Murphy said Tuesday that if the underage migrants who have come to the U.S. from Central America aren’t given a “pathway for citizenship” they could become terrorists. Speaking with Iowa Public Radio host Ben Kieffer, Murphy said that “we need to make sure that we take care of the children that are coming up here.”
“They’re not from Mexico, they’re coming from further south,” Murphy continued. “We need to make sure that when we’re talking about these children we need to treat them like they’re our children or our grandchildren. If they’re gonna be refugees, which several of them are…

A multitude of articles and Official PDFs. all aiming to restrict or completely remove your God-Given Rights

Author’s Note
The following article first published in January of 2012 focuses on an important piece of legislation (National Defense Authorization Act (NDAA) HR 1540).
Barely noticed by our mainstream media, HR 1540 (signed into law by president Obama on December 31, 2011) has set the stage for the repeal of constitutional government, not to mention the development of the “Surveillance State”, which has recently been the object of heated debate.
The American republic is fractured. The tendency is towards the establishment of a totalitarian State, a military government dressed in civilian clothes.
The adoption of the “National Defense Authorization Act (NDAA), HR 1540) is tantamount to the militarization of law enforcement, the repeal of the Posse Comitatus Act and the Inauguration in 2012 of Police State USA.
As in the Weimar Republic… 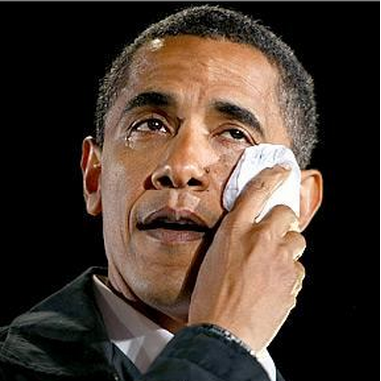 Here are the quotes via Time.com (audio at link):

“I don’t think you’re smarter than anybody else, but you’ve convinced a lot of us you are,” Reid, a Nevada Democrat, told the guffawing crowd at the Las Vegas Asian Chamber of Commerce. Video of the remarks was recorded by the Republican opposition research group American Rising.
Later, before walking off stage, Reid quipped: “One problem that I’ve had today is keeping my Wongs straight.”

Reid will likely be issued another “free pass” for his latest comments:

President Obama, Secretary of State John Kerry and the Grand Mufti of Saudi Arabia are keen to play down ISIS atrocities in Iraq and Syria as having “nothing to do with Islam”. Theological analysis suggests otherwise.

Recent events in Iraq and Syria, most recently the beheading of the journalist John Foley, allegedly by a British jihadist, have prompted many of the so-called “great and good” to say that such atrocities “have nothing to do with Islam”. It is easy to see why they would indulge in such wishful thinking; for if they were to admit that such atrocities have everything to do with Islam, as in fact they do, they might be forced to re-evaluate their carefully crafted conceptions in order to reflect reality rather…