War On Terror: Though they’ve given material assistance to terrorists by fighting for the Islamic State, which is a federal crime, the FBI director says American jihadis are “entitled” to come home and move about freely.
FBI Director James Comey told Scott Pelley on CBS’ “60 Minutes” Sunday that we know who the dozen or so Americans fighting with the Islamic State are, but we can’t do much more than follow them around if they decide to return to the U.S.
In the aftermath of 9/11, and in the face of IS atrocities and threats, this is an appalling statement.
“Ultimately, an American citizen, unless their passport’s revoked, is entitled to come back,” Comey said. “So someone who’s fought with ISIL, with an American passport, who wants to come…

Next 10 days could be key to Ebola in the Dallas area.

Originally posted on Somewhere in Texas:

Thomas Eric Duncan died early in the morning on Wednesday, his 18th
day in America. There are reports that he was showing signs of being ill
when he boarded his flight from Liberia on the 19th of September,
arriving here on the 20th after lying on a questionnaire there about his
exposure to Ebola.

The Liberian government has said they were going to try him for lying
on that form before boarding that flight. He might have been exposed
when he assisted a pregnant woman with the virus to the hospital. That
woman eventually died also. The date of this act that has been reported
by many news outlets is unknown at the moment.

On the date he arrived in Dallas the family held a welcome to America
party for Duncan. The number of those present has not been made public.
Those people including family members and the woman he…

via Next 10 days could be key to Ebola in the Dallas area. 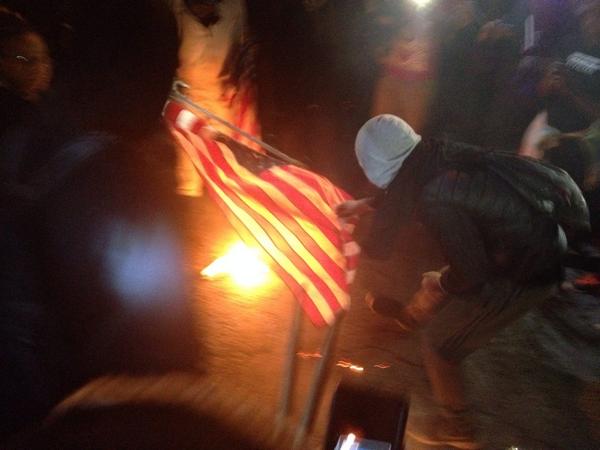 BY: Adam Kredo
October 8, 2014 1:05 pm
The U.S. State Department endorsed on Wednesday a controversial anti-terror handbook published by Canada’s Muslim community that refers to jihad as “noble” and urges law enforcement to avoid using terms such as “Islamic extremism.”
The handbook, published earlier this month by two Canadian Muslim community organizations, was so controversial that the Royal Canadian Mounted Police (RCMP) flatly rejected the manual and ordered its officers not to use it.
Yet the State Department’s official anti-terrorism Twitter feed, called Think Again Turn Away, appeared to endorse the controversial handbook on Twitter and linked to a positive article about it.

The handbook, titled United Against Terrorism, has become a contentious issue for the RCMP since its release. Several sections of the guide instruct Muslim community members not to cooperate with police while others claim jihad “is a noble concept.”
The RCMP ultimately decided to…

Vermont socialist Sen. Bernie Sanders is hopping mad, you guys. Why? Because Walmart recently announced that as of January 1, 2015, it will no longer provide health insurance coverage to employees working a weekly average of less than 30 hours. According to Sanders, it’s all about greed:

In February, Comcast said it agreed to buy rival Time Warner in an all-stock deal. The deal will make Comcast, which also owns NBCUniversal, a dominant force in both creating and delivering entertainment to U.S. homes. T

The news comes a day after Comcast shareholders approved the deal, which is still awaiting clearance from regulators.

The deal is expected to close by the end of the year.

1. CBS Buries Results of Own Poll Showing Poor Ratings for Obama, Democrats Ahead of Midterms

On Wednesday night, the CBS Evening News with Scott Pelley made no mention of the results from the latest CBS News poll that gave President Obama and Democrats poor marks ahead of the November 4 midterm elections on issues ranging from the economy to ISIS to terrorism to who voters are most likely to vote for. Regarding the midterm elections, Republicans find themselves ahead of Democrats on both a generic ballot and specific issues. Republicans have a six point lead against Democrats overall (49 percent to 43 percent with those leaning left or right, 46 percent to 40 percent without) and a five point lead who voters would like most to see takeover the Senate (47 percent to 42 percent). Independents sided with the GOP by a full 30 points over Democrats (57 percent…

As new information is finally starting to leak out about what really happened in Benghazi on that fateful night of September 11, 2012, NOTHING is more telling than this one single photograph…for this photograph proves that Ambassador Christopher Stevens did NOT die of smoke inhalation in the embassy compound as was claimed by the Obama administration, but was taken alive, raped, sodomized, and God only knows what else…and Barack HUSSEIN Obama, Hillary Clinton, and all those in their vile orbit knew this from day one and all bold-faced lied.
They all willfully, deliberately, and with malice LIED to Ambassador Stevens’ family and to ‘We the People’. And while we all know that some claim that Stevens was the middle-man in Obama’s gun and weapons running operation to the Syrian rebels, or that he was actually kidnapped to trade for the Blind Sheik and mistakenly killed, I believe…