Let’s bring the allotted 800,000 M.E. refugees here just like every year since 2009… Is it a leap to say we should expect these invaders to bring their diseases along with their jihad?

“Jun 20, 2014 … In May 2014, CDC confirmed two unlinked cases of MERS in the UnitedStates – one to Indiana, the other to Florida.”
“cases continues to appear sporadically with no evidence of sustained human-to-human transmission in communities”

The MERS virus, which first emerged in Saudi Arabia and has since spread throughout the Arabian Peninsula, the U.S., Europe and Southeast Asia, may be airborne, according to a paper published Tuesday.

Researchers found an air sample containing fragments of MERS, or Middle East Respiratory Syndrome Coronavirus, at a barn that had sheltered an infected camel and a MERS patient. An air sample collected on the day that one of the camels was…

Demonstrators demand a travel ban outside the White House on Oct. 16 to stop the spread of the Ebola virus. Photo: Reuters

By Philip Messing and Laura Italiano

How the Feds block Ebola cures

Why it’s OK to wear an Ebola costume for Halloween

A plane from Nigeria landed at JFK Airport Thursday with a male passenger aboard who had died during the flight after a fit of vomiting — and CDC officials conducted a “cursory” exam before announcing there was no Ebola and turning the corpse over to Port Authority cops to remove, Rep. Peter King said on Thursday.
The congressman was so alarmed by the incident — and by what he and employees see as troubling Ebola vulnerabilities at JFK — that he fired off a letter to the federal…

Just a reminder, the show “The Captains Freedom Log” by The Captain0 is starting soon.

H/T Annie
Check out the
NEW comic book – The Infidel, PIGMAN – No joking!
For REAL!!! LOVE IT! http://fawstin.blogspot.com/2014/10/help-pigman-go-big.html

THE INFIDEL, featuring PIGMAN, is now available on COMIXOLOGY

The soldiers at the blast crater sensed something was wrong. 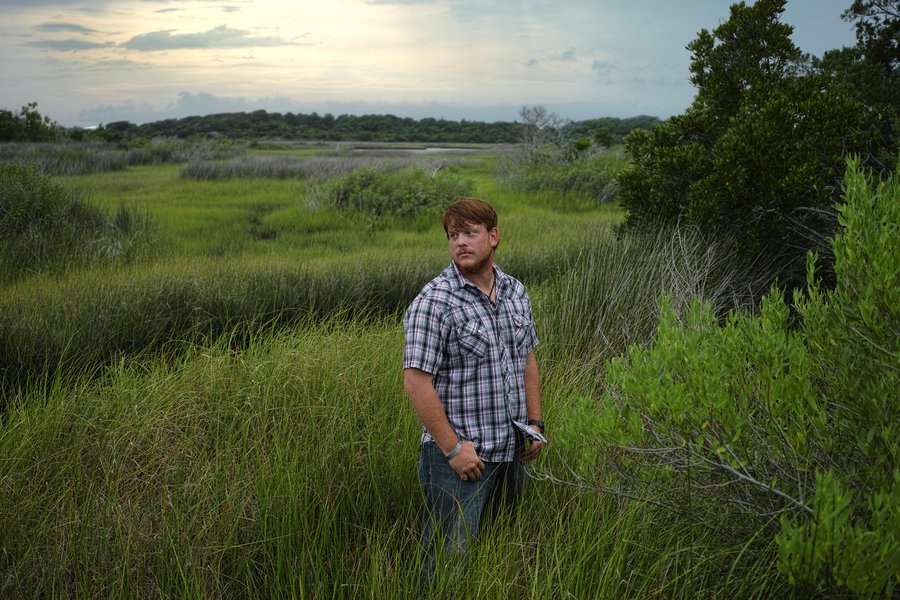 Andrew T. Goldman in North Topsail Beach, N.C. In August 2008, Mr. Goldman was part of a team near Taji, Iraq, that was trying to destroy munitions that could be used in makeshift bombs. While holding a cracked shell, he noticed a strange smell. Tyler Hicks/The New York Times

From 2004 to 2011, American and Iraqi troops repeatedly encountered, and at times were wounded by, chemical weapons that were hidden or abandoned years earlier.

It was August 2008 near Taji, Iraq. They had just exploded a stack of old Iraqi artillery shells buried beside a murky lake. The blast, part of an effort to destroy munitions that could be used in makeshift bombs, uncovered more shells.

Two technicians assigned to dispose of munitions stepped into the hole. Lake water seeped in. One of them, Specialist Andrew T. Goldman, noticed a…

Texas Pastor Arrested for Demanding to Be Heard at Town Hall Meeting: ‘I Am Breaking No Laws’
Houston’s Mayor Backtracks on Church Subpoenas, Tosses Her Own Lawyers Under the Bus (Updated)

Is this what you voted for…he brought you epidemic EV-D68 and now EBOLA…you stupid idiots!!

Strong Hospital one of 8 to fight Ebola

New York City – Governor Andrew Cuomo said Strong Memorial Hospital is one of eight hospitals in New York State designated to handle any Ebola cases, should they emerge in NYS.

He said it’s unlikely that Ebola will show up in NYS, but wouldn’t be surprised, given the high level of travel into and through New York.

Cuomo, accompanied by Dr. Howard Zucker, Commissioner of the Department of Health, said the state is prepared in case of an outbreak, and that eight hospitals, including Strong, are undergoing training.

Nine Days in the Caliphate

A Yazidi Woman’s Ordeal as an Islamic State Captive

When Islamic State fighters conquered the border region between Iraq and Syria, the Yazidi village of Kocho also fell into their hands. Twenty-year-old Nadia was among dozens of young women who were abducted and abused. This is the story of her ordeal. http://www.spiegel.de/international/world/yazidi-islamic-state-kidnapping-victim-decribes-nine-days-of-horror-a-996909.html

The Call of Jihad

Islamic State has no qualms about killing Kurds in Syria. Yet the organization has still managed to attract Kurdish supporters in Europe. In Hamburg, a number of families are struggling to cope with their sons’ decisions to answer the call of jihad. http://www.spiegel.de/international/world/islamic-state-attracts-kurds-from-germany-to-join-jihad-a-997062.html#ref=nl-international