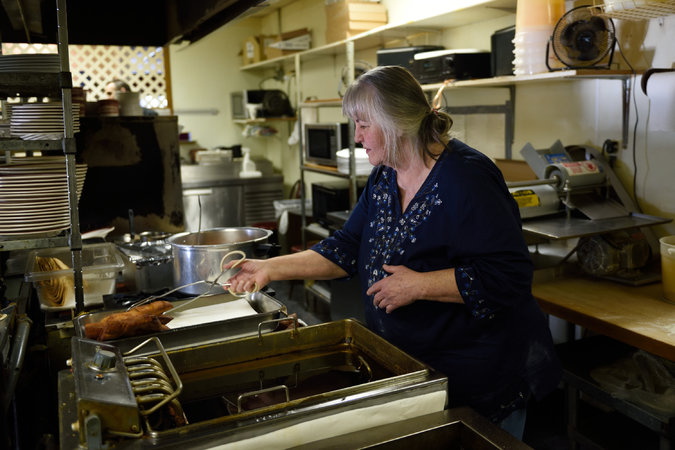 ASTORINO TOWN HALL–Rob Astorino explains to the crowd how he can win in November.–Carmel, New York. July 28, 2014.

Follow the bouncing ball on the criminal corruption ruse of your USA votes.
1.) The Obama Government has outsourced the counting of votes for the 2012 election. But since WHEN does the nation need to outsource a task as uncomplicated and straightforward as vote-counting?
2.) Obama outsorced the counting to a Tampa Florida company, named SOE, that had previously been used to administer the vote counting process for over 500 American jurisdictions.
3.) But recently, SOE software has now been sold to a company named SCYTL, owned by George Soros, headquartered in Spain.
4.) The votes will go to SCYTL, the question becomes as to WHY Must local votes for each precinct will be downloaded to SCYTL’s main server – leaving no TRACEABLE record…

The fundamental problems presented by the growing use of insecure voting machines have been ignored by the U.S. mainstream media, which minimized the widespread failures of defective voting equipment during the recent election as having been caused by “glitches” and “gremlins.” “The vitality of America’s democracy depends on the fairness and accuracy of America’s elections,” President George W. Bush said as he signed Help America Vote Act into law on October 29. Judging from the numerous reports from coast-to-coast of serious problems with new voting machines, the “vitality of America’s democracy” appears to be in mortal danger. The Help America Vote Act allocated $3.9 billion in federal money to the states over the next three years to buy electronic voting machines to replace paper ballot voting systems. While Bush called the bill “an important reform for the nation,” in many states and counties where the new voting machines were used…

Following is the text of a joint statement issued by the Gulf Cooperation Council’s Coalition Partners Communications Conference on strengthening cooperation in public communications to combat Da’esh/ISIL and violent extremism in the region and beyond.

The State of Kuwait, as current chair of the Gulf Cooperation Council (GCC), graciously hosted delegations from several Coalition partner countries on October 27 for a conference on strengthening cooperation in public communications to combat Da’esh/ISIL and violent extremism in the region and beyond. Building on the recent GCC information ministers’ conference here, Kuwait emphasized the need for all Coalition partners to work individually and collectively to expose Da’esh’s/ISIL’s true destructive and barbaric nature.
H.E. Khaled Sulaiman al-Jarallah, Kuwait’s Under Secretary of Foreign Affairs…

Facebook mysteriously shuts down James O’Keefe’s page after voter fraud expose.
Jonathan Nackstrand/AFP/Getty Images
After exposing how Democratic operatives allegedly discussed how to commit voter fraud, Project Veritas’ James O’Keefe said Facebook mysteriously shut down his personal page, the Daily Caller reported Saturday. Shortly after a journalist asked Facebook about the incident, the page was restored, he said.
Patrick Howley said O’Keefe was trending on Thursday after his group “captured Colorado-based Greenpeace official Christen Topping describing a ‘ghetto’ neighborhood in Aurora where ballots could be found in garbage cans for use by those seeking to commit voter fraud.” His page was suddenly deactivated for about an hour. As is often the case, Facebook did not respond when Project Veritas reached out to the social media site.
“I was talking with a prominent national reporter about my account being shut down,” O’Keefe said. “Within ninety seconds of that conversation, the account…

The U.S. Constitution and civil war

Emasculating the Constitution is bad way to preserve the nation.

The first shots in the United States Civil War were fired by the South during an attack on Fort Sumter a century and a half ago on April 12, 1861, not long after President Lincoln’s election on November 6, 1860 and about five weeks after he assumed office on March 4, 1861.
As summarized by Wikipedia,

As Lincoln’s election became evident, secessionists made clear their intent to leave the Union before he took office the next March.[123] On December 20, 1860, South Carolina took the lead by adopting an ordinance of secession; by February 1, 1861, Florida, Mississippi, Alabama, Georgia, Louisiana, and Texas followed.[124][125] Six of these states then adopted a constitution and declared themselves to be a sovereign nation, the Confederate States of America.[124] The upper South…

THE Wahhabi Saudi connection….how many times, how many ways, does it need to be stated and proven: Barack HUSSEIN Obama – the Islamist-in-Chief – is a mortal enemy to the United States of America!
REGARDLESS of anything else, the amount of damage accrued under his (mis)reign is incalculable. The open question becomes: will he be removed before he places the final nail in its coffin – or not?
Commentary By Adina Kutnicki
{re-blogged at Islam Exposed}

ISN’T it inordinately curious, some might suggest, alarming, for a POTUS to insert himself into what should have been a basic criminal case, no more, no less? Dear readers, patience…we will get to Ziyad Abid, a Saudi aeronautical “student”.
BEFOREHAND, where have we seen said disquieting “strangeness” before, especially when it comes to the Islamist-in-Chief’s twin obsessions: race-baiting and Islamist-leaning interference, resulting in grave injustices against the rule of law?…

On October 27, 2014 True the Vote released their new Voter Protection App for Smartphone’s called VoteStand.
It puts the power of poll watching in the hands of nearly every voter. With this app anyone can report suspicious activity in real time from their phones. This app is not only useful at the polls it is also useful throughout the voting process from the removal and distribution of voting machines from where they are stored through the downloading tabulation process and finally the storing until next use. Now we all have the power to report any thing we see that violates our laws such as; intimidation, registration fraud, multiple voting to name just a few.
The information from the app goes to True the Vote where evaluate and alert the proper authorities immediately. The app will also be a deterrent to want a be voter fraud committers due to the…

Coral Castle in Homestead, Florida, is one of the most amazing structures ever built. In terms of accomplishment, it’s been compared to Stonehenge, ancient Greek temples, and even the great pyramids of Egypt. It is amazing – some even say miraculous – because it was quarried, fashioned, transported, and constructed by one man: Edward Leedskalnin, a 5-ft. tall, 100-lb. Latvian immigrant.

Many men have single-handedly built their own homes, but Leedskalnin’s choice of building materials is what makes his undertaking so incredible. He used huge blocks of coral rock, some weighing as much as 30 tons, and somehow was able to move them and set them in place without assistance or the use of modern machinery. And therein lies the mystery. How did he do it?