By: Terresa Monroe-Hamilton
November 2, 2014 by TMH 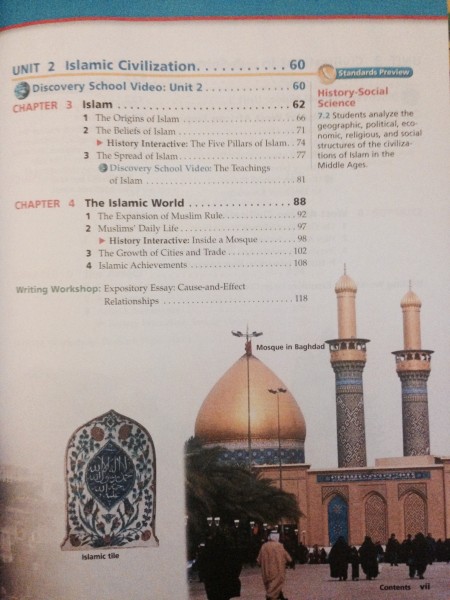 Our children are our world as parents. They are the future of our nation. Most of us would gladly sacrifice all we have and our lives for our little ones. So, why do we so readily hand their learning and their care over to those that would abuse them and trick them into being part of the greatest evil the world has ever known? It figures that the young, innocent ones would be a prime target for Islam and are what they term, ‘fertile ground’ for their broken philosophy. Between such programs as Common Core, Connect All Schools and CSCOPE, CAIR has been ensuring that the textbooks that teach our children go out of their way to teach Islamic history and to have the children indoctrinated into Islam. CAIR has even gotten textbooks in private schools, charter schools and home schooling…

American journalist James Foley was kidnapped and held for two years. Foley was beheaded by ISIS in August. ** ISIS Is Holding At Least Four More American Hostages.
Obama’s refusal to act resulted in the brutal death of two Americans.
The White House knew for several weeks where the US hostages were being held. But Obama failed to act.
Catherine Herridge reported, via Happening Now:

Refusing to Vote for ‘the Lesser of Two Evils?’ A Thought Experiment for You

Just a few of the excavated remains of the mass graves, of the Khmer Rouge in Cambodia

One inclined to turn up his nose against “lesser of two evils” voting might consider a thought experiment. For the sake of clarity, consider what would appear to be a more extreme case than what we are currently experiencing in America. Want to consider evils? Let’s do.
What if you were one of the many citizen sovereigns charged by God to rule your nation, but it deteriorated so badly that the general election for president (or your senator) consisted of only two candidates who had a chance to win:

One of them is collectivist Pol Pot, who in Cambodia quite effectively fulfilled notions of evil by directing…