Logan’s Warning to Richard Dawkins ~ Christianity is NOT the Threat 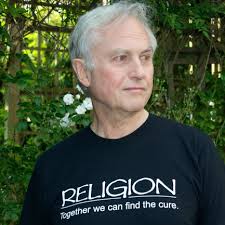 When I first started speaking out against Islam I used to look up to the likes of Frank Gaffney, and Daniel Pipes. But after some time I realized that Frank’s call for an Islamic reformation, and Daniel’s age old slogan of “militant Islam is the problem, moderate Islam is the solution” are just not working. In fact those calls are nothing more than detrimental false hope.
Of course they are entitled to their opinion, but the real problem is that many people see them as leaders and so they follow their lead off the cliff. Because they are handing non-Muslims an easy out on this issue.
It is hard enough to get people to fight this war (non-violently), and stating Islam is going to reform is the equivalent of going…