Rochester, N.Y. – A Rochester man has been arrested and charge with carrying out an attack in the name of ISIS at an unnamed Rochester-area bar on New Year’s Eve.

Prosecutors said Emanuel Lutchman, 25, was arrested and charged by criminal complaint with attempting to provide material support to the Islamic State of Iraq and the Levant, a designated foreign terrorist organization.

According to the criminal complaint, Lutchman was convicted in 2006 of second-degree robbery and served approximately five years in prison.

In November and December, Lutchman talked online and over the phone with an FBI informant and expressed his strong support for ISIS and/or ISIL.

Earlier this month, Lutchman told the informant that he had been in contact with someone who claimed to be an ISIS member in Syria and called being part of the…

“in reality, the founders had plenty to say about Islam’s doctrines.

John Adams wrote to Thomas Jefferson in 1814, stating that Islam’s Muhammad was a “military fanatic” who “denies that laws were made for him” and “arrogates everything to himself by force of arms.”

“Nor can the Plundering of Infidels be in that sacred Book [the Quran] forbidden, since it is well known from it, that God has given the World, and all that it contains, to his faithful Mussulmen (Muslims), who are to enjoy it of Right as fast as they conquer it.”

Thomas Jefferson, who would later become engaged in a war against the Barbary pirates, observed that peace was not possible with Islamic zealots, stating in a letter to Secretary of State John Jay:

ISIS supports the harvesting of human organs from living captives to save Muslims’ lives — even if it costs the captives’ lives, according to a document obtained by US special forces.

The terror group’s Islamic scholars sanctioned the practice in a ruling that raises concerns that the extremists may be trafficking in body parts, Reuters reported.

The news agency could not independently confirm the authenticity of the Jan. 31, 2015, document, which US officials said was among items retrieved by the troops in a raid in eastern Syria in May.

“The apostate’s life and organs don’t have to be respected and may be taken with impunity,” reads the document, which is in the form of a fatwa, or religious ruling, from the ISIS’ Research and Fatwa Committee.

“Organs that end the captive’s life if removed: The removal of that type is also not prohibited,” Fatwa Number 68 says, according… 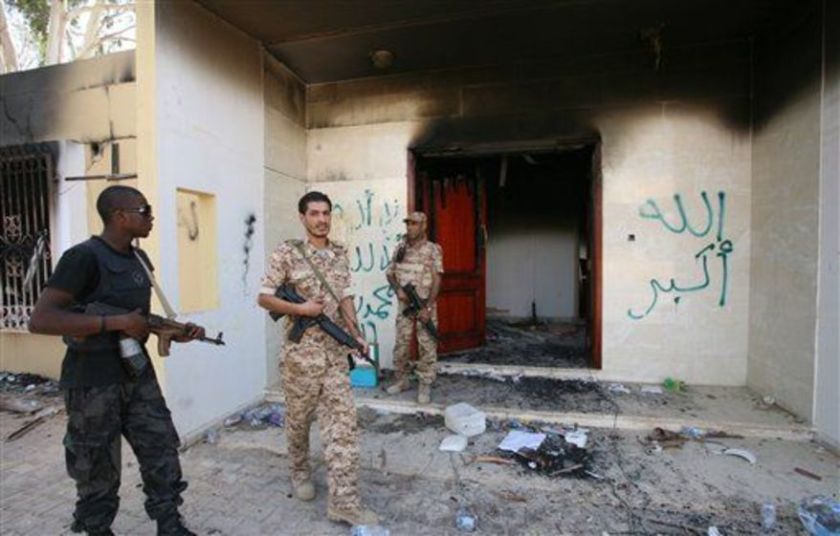 In this Sept. 14, 2012, file photo, Libyan military guards check one of the burnt out buildings at the U.S. Consulate in Benghazi, Libya, during a visit by Libyan President Mohammed el-Megarif to express sympathy for the death of U.S. … more >

By Maria Stainer – The Washington Times – Friday, December 25, 2015
The Office of the Director of National Intelligence released 16 pages of redacted emails on Thursday, a Christmas Eve document dump related to the Benghazi attack in 2012 that killed a U.S. ambassador and three other Americans.
The document dump, in compliance with a Freedom of Information Act request, included information and press clips emailed between various intelligence officials and senior operations officers. Some of the information that had been designated as “Top Secret” now has been declassified, but large chunks still remained blacked out.
The emails discuss the following: the terror attack on…

A recent hearing on the Hill where the govt has no idea the number people whose visas have been revoked or where they are was like watching an Abbott and Costello sketch. On Fox to talk about this.

Source: Feds lose track of thousands who have had visas revoked

Following the jihad attack in San Bernardino, the media hurried to interview the head of one of two mosques that terrorist Syed Farooq frequently attended. In an interview with NPR, Mustafa Kuko of the Islamic Center of Riverside (ICR),described Farooq as being a very devout practitioner, who was in the mosque seven days a week, including doing early morning prayers there. The NPR’s reporter did not ask how it was that if Farooq was extremely devoted to attending the mosque; he reached the conclusion that launching violent jihad, possibly on behalf of Islamic State.

But there are some clues.

One of our TalkNetwork.com radio hosts was recently placed on the national terror watch list by the Department of Homeland Security.

This last weekend, he was pulled over by frantic cops aiming pistols at his head, and the media went nuts, claiming “terrorists” had been caught by the cops.

A few hours later, the whole charade collapsed, and the cops released him, clearing him of any wrongdoing and saying it was a “mistake.”

I’ve investigated the situation and concluded that the Obama regime is now intentionally placing selected journalists and radio hosts on its terror watch list in the hopes that they will be shot by police.

Thomas Jefferson once said: “I believe that banking institutions are more dangerous to our…

This was an act of Islamic Terrorism, perpetrated by an Islamic woman driving a car with a three year old child inside, who INTENTIONALLY rode onto the sidewalk to strike innocent people. Police, however, have been instructed by their superiors to NOT use the word “terrorism” in relation to this incident, because Las Vegas does not want tourists to be frightened away from the city.

EDITOR’S NOTE: So, if what Obama and the Liberals tell us is true about mass killings and gun ownership, we must now ban cars from public use because they, obviously, are nothing more than “assault…

Enemies of the United States can always get waivers from Obama 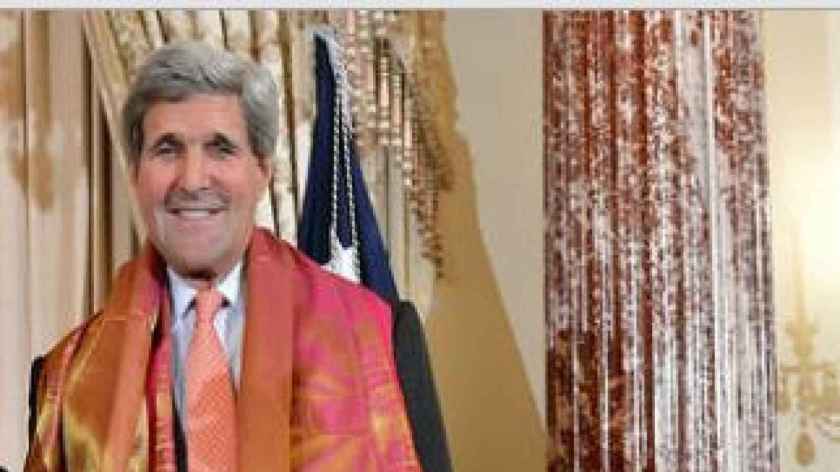 The Ayatollah and his terrorists needn’t worry, John Forbes Kerry and Barack Hussein Obama have their back.

They should have been arrested for piling garbage in the street. Muslim supremacists pray outside Trump Tower in New York as protesters denounce what they call a ‘fascist’ and ‘racist’ Republican candidate, Donald Trump. (What ‘race’ is Islam? What political system is more ‘fascist’ than Islam?)

UK Daily Mail  (h/t therezam) Dozens of Muslim jihadist wannabes lifted their asses in the air to allah outside Donald Trump‘s offices and campaign headquarters in New York on Sunday during a protest against the candidate’s rhetoric. Roughly two hundred Muslim scum attended the action in Midtown Manhattan, where some picketers said that the Republican presidential front-runner is a ‘fascist’ and a ‘racist’. 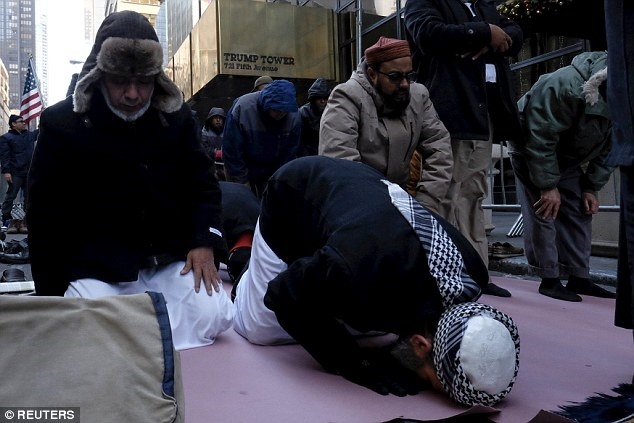