I AM AFRAID FOR OUR NATION. THOSE WHO DONT KNOW THE PAST ARE DOOMED TO REPEAT IT.
Congress passed Bill # 3, $6.2 trillion on top of the hundreds on billions of tax dollars in Bills 1 and 2 and a $23 trillion debt…now they are working on Bill #4…what kind on nation will America be after all this money is flowing?

When money was worthless: Woman dons a dress made of cash and children play with stacks of banknotes when German inflation spiralled out of control after WWI

Pray we wake up before it’s too late.

How 9 Countries Saw Inflation Evolve Into Hyperinflation
Hyperinflationary episodes have appeared several times over the past century – 55, to be exact – as the world’s nations have experimented with fiat currencies backed by the full faith and credit of the governments that issue them. 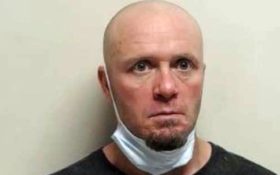 A man who was released early last week from a Utah halfway house because of the spread of the coronavirus attacked a woman in her home two days later, tying her up and threatening her with a knife, police said Wednesday.

But state corrections officials did not answer questions about how the virus played a role in the man’s release.

The woman told officers in the city of American Fork, south of Salt Lake City, that she was asleep in her bedroom last Thursday when the man broke into her home, according to a police probable cause statement. Wielding a large knife, he started to tie her up in the bed and threatened to rob her, but her son called 911, the statement said.

Officers arrived at the house and when the man tried to hide in the bed with her, she ran downstairs panicked and horrified…

In this euthanize of nonproducers age, hospitals are considering Do Not Resuscitate Orders…this is BARBARIC AND DEMONIC!!!

Watch, #CuomoCorruptionInc will run in 2020, if not on the top of the ticket then as VP…

Whispers from the left-wing are swirling that former Vice President Joe Biden should be dumped at the Democratic National Convention in June — and New York Gov. Andrew Cuomo should take his place as the Democratic presidnetial nominee.

Will we ever hear about the follow up and court case? Nope…

Authorities are investigating a suspected bomb-making operation after a man was injured and a woman was arrested following an explosion at a Northern California home.

Nicholas West suffered injuries to his hands and legs in the blast March 19 in a rural neighborhood northeast of Oroville, the Butte County Sheriff’s Office said.

Deputies evacuated the area as they searched the property and removed pieces of a detonated explosive device, a sheriff’s statement said.

Investigators believe West was trying to make some kind of bomb when the blast occurred, the statement said.

#CuomoCorruptionInc also could have purchased 16,000 ventilators but instead sunk millions of NYS tax dollars into the FAILED Buffalo solar company fiasco!!