Rep. Allen West (R-FL), a former Army lieutenant colonel, sent The Weekly Standard an email commenting on a recent video depicting what appears to be four U.S. Marines urinating on the corpses of Taliban terrorists. The email reads as follows:

I have sat back and assessed the incident with the video of our Marines urinating on Taliban corpses. I do not recall any self-righteous indignation when our Delta snipers Shugart and Gordon had their bodies dragged through Mogadishu. Neither do I recall media outrage and condemnation of our Blackwater security contractors being killed, their bodies burned, and hung from a bridge in Fallujah.

All these over-emotional pundits and armchair quarterbacks need to chill. Does anyone remember the two Soldiers from the 101st Airborne Division who were beheaded and gutted in Iraq?

The Marines were wrong. Give them a maximum punishment under field grade level Article 15 (non-judicial punishment), place a General Officer level letter of reprimand in their personnel file, and have them in full dress uniform stand before their Battalion, each personally apologize to God, Country, and Corps videotaped and conclude by singing the full US Marine Corps Hymn without a teleprompter.

As for everyone else, unless you have been shot at by the Taliban, shut your mouth, war is hell. 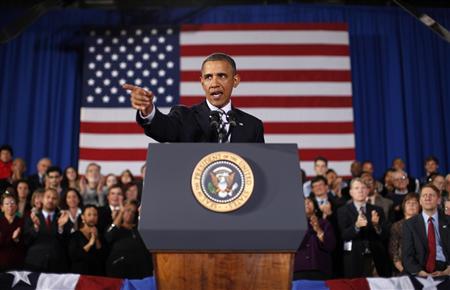 The Obama administration will unveil a “more realistic” vision for the military on Thursday, with plans to cut tens of thousands of ground troops and invest more in air and sea power at a time of fiscal restraint, officials familiar with the plans said on Wednesday.

The strategic review of U.S. security interests will also emphasize an American presence in Asia, with less attention overall to Europe, Africa and Latin America alongside slower growth in the Pentagon’s budget, the officials said.

Though specific budget cut and troop reduction figures are not set to be announced on Thursday, officials confirmed to Reuters they would amount to a 10-15 percent decline in Army and Marine Corps numbers over the next decade, translating to tens of thousands of troops.

The most profound shift in the strategic review is an acceptance that the United States, even with the world’s largest military budget, cannot afford to maintain the ground troops to fight more than one major war at once. That is a move away from the “win-win” strategy that has dominated Pentagon funding decisions for decades.

The move to a “win-spoil” plan, allowing U.S. forces to fight one campaign and stop or block another conflict, includes a recognition that the White House would need to ramp up public support for further engagement and draw more heavily on reserve and national guard troops when required.

“As Libya showed, you don’t necessarily have to have boots on the ground all the time,” an official said, explaining the White House view.

“We are refining our strategy to something that is more realistic,” the official added.

President Barack Obama will help launch the U.S. review at the Pentagon on Thursday, and is expected to emphasize that the size of the U.S. military budget has been growing and will continue to grow, but at a slower pace.

A lecturer at Iowa State University sparked controversy this week when he slammed both the military and the school’s College Republicans in a letter to the Iowa State Daily student newspaper.

“Why do Republicans care so much about the military? Because the military-industrial complex is dear to their simplistic laissez-faire fantasies: a bottom-line patriotism that excludes the people at the bottom,” Thomas Walker wrote.

“Soldiers are to Republicans as fetuses are to them: prized. But once out of the womb-like army, Republican solicitude for hapless veterans goes where extracted zygotes go,” he said.

Walker, who teaches English, was mocking a recent drive by the College Republicans to collect items to send to U.S. troops in Iraq and Afghanistan for holiday care packages. He slammed those efforts, writing: “Donating toiletries, boxed and canned foods, socks and beanies to U.S. soldiers who can already deodorize themselves, who eat better than the poorest Americans and who are gallantly garbed, is an eleemosynary travesty.”

Instead, he said, “Necessities should be doled out to people who really need them and who might get them if not for the hundreds of billions of dollars being funneled to the Pentagon in the greatest squandering of money on the planet.”

Walker’s letter, published Monday, triggered a flurry of outrage on campus, as well as a series of responses in the student newspaper. The university’s board of regents termed it “fairly offensive” in addressing the matter Thursday.

The U.S. Senate voted Thursday to approve a defense authorization bill which included a provision that not only repealed the military ban on sodomy, but also repealed the ban on having sex with animals — or bestiality.

On Nov. 15, the Senate Armed Services Committee had unanimously approved S. 1867, the National Defense Authorization Act, which includes a provision to repeal Article 125 of the Uniform Code of Military Justice (UCMJ).

Article 125 of the UCMJ makes it illegal to engage in both sodomy with humans and sex with animals.

It states: “(a) Any person subject to this chapter who engages in unnatural carnal copulation with another person of the same or opposite sex or with an animal is guilty of sodomy. Penetration, however slight, is sufficient to complete the offense. (b) Any person found guilty of sodomy shall be punished as a court-martial may direct.”

The vote to remove sodomy from military law comes less than a year after President Barack Obama’s repeal of the Don’t Ask, Don’t Tell policy for gay soldiers.

Tony Perkins, president of the conservative Family Research Council, said there’s a definite link between the repeal of DADT and the repeal of the sodomy law.

“It’s all about using the military to advance this administration’s radical social agenda,” Perkins told CNS News. “Not only did they overturn Don’t Ask, Don’t Tell, but they had another problem, and that is, under military law sodomy is illegal, just as adultery is illegal, so they had to remove that prohibition against sodomy.”

Some U.S. servicemen are up in arms after a large cross was removed from outside a chapel on a military base in northern Afghanistan. The base, called Camp Marmal, is German and hosts NATO forces. The chapel in question is an interfaith house of worship that is overseen by the U.S. Army.

Soldiers say that they felt comfort as a result of having the cross visible from the outside of the chapel. In an e-mail to Politico, one serviceman said, “Sometimes the Church and the ability to openly express religious views ultimately gets people through the deployments over here.”

According to this particular soldier, when he asked a chaplain what had happened to the cross, he was told that it needed to be taken down. The faith leader, however, didn’t share any additional information on the matter.

“We are here away from our families, and the chapel is the one place that feels like home,” added another service member. “With the cross on the outside, it is a constant reminder for all of us that Jesus is here for us.”

“Not having it there is really upsetting,” a serviceman explained. “I walk by the chapel daily on the way to chow and the gym, and seeing the cross is a daily reminder of my faith and what Jesus accomplished for me. It is daily inspiration and motivation for me to acknowledge my faith and stay on the right path.”

A law professor who is serving overseas in Afghanistan has quit his job at a Massachusetts university after a colleague sent out a controversial e-mail declaring it “shameful” to send care packages to U.S. troops.

Avery criticized a school-wide drive to collect supplies for soldiers overseas, writing in an email to colleagues: “I think it is shameful that it is perceived as legitimate to solicit in an academic institution for support for men and women who have gone overseas to kill other human beings.”

Avery, who specializes in constitutional law, also wrote that sympathy for American troops in harm’s way is “not particularly rational in today’s world.”

In response to Avery’s email, Roughsedge submitted his letter of resignation on Monday, telling WTXF in a telephone interview that the e-mail is “hate speech.”

Roughsedge was a member of the adjunct faculty at Suffolk University for eight years and taught a popular course on terrorism and the law. He left for Afghanistan in Dec. 2010 and is expected to return home to New Hampshire next month.

The university has since been inundated with complaints from students and alumni, claiming Avery’s view is not representative of the school community.

Maybe the subject of heroism is on my mind because I watched the movie Captain America over the weekend, but more likely it is because of the case of Rayon McIntosh, Jr.

McIntosh is (make that was—he’s since been fired) a cashier at a McDonald’s in Greenwich Village, where two women handed him what looked like a phony $50 bill last Friday. An altercation that ensued quickly turned obscene, then violent.

A video of the incident shows one of the women slapping McIntosh. Seconds later the other woman jumped the counter while the first walked around to where the cash was kept.

McIntosh swung into action—literally. Grabbing hold of a metal rod he kept in the back of the store, he began whaling on the two women. One ended up with a fractured skull and a broken arm. The other was treated for a deep laceration.

All three combatants were arrested. The women were charged with menacing, disorderly conduct, and trespassing. McIntosh received two counts of felony assault and criminal possession of a weapon. It may be irrelevant, but McIntosh did a “dime” at Sing Sing for shooting a high school classmate to death in 2000.

So who’s the hero in this tale of bunko bungling and urban unrest? That would be McIntosh, who according to the New York Post has become a “McHero” among the social network set. The Post reports that a Rayon McIntosh Defense Fund has been set up on Facebook and that other cyber-support pages have followed suit.