When Barack Obama – the son of a black father and white mother – was elected president in 2008, many hailed it as a monumental step forward for racial reconciliation in the U.S.

But five years into his presidency, is the Obama White House actually making racial tensions worse?

That’s the charge of Russ Vaughn, who posits in an American Thinker commentary that Attorney General Eric Holder’s treatment of the “Knockout Game” phenomenon is revealing the White House’s racial agenda is more concerned with retribution than reconciliation.

“The Obama administration and the Holder Justice Department are deliberately disinclined to prosecute hate crimes where blacks are the perpetrators and whites are the victims,” Vaughn writes. “It is becoming increasingly disturbing that it is not just the Obama administration and the brown-nosed media that have attempted to sweep this new criminal activity under the rug, but [also] local police departments. It’s happening all over the country, and not just in the major urban centers. I call this racialization of the law and criminality the Holder Effect, for it was the relatively new attorney general who famously announced that his Justice Department would side with ‘his people.’”

Vaughn’s column alludes to the Knockout Game, a violent trend wherein young thugs deliver unsuspecting victims a single blow to the head in an attempt to “knock out” the target. Dozens of examples in recent months have shown the Knockout Game is particularly popular among black youths targeting white or Jewish victims.

Police in Fort Worth, Texas, are blaming “poor lighting” after two officers went to the wrong home in search of a possible burglar and ended up shooting a 72-year-old man dead in his garage. The officers, who are both in their first year with Fort Worth PD, were responding to a burglary alarm on May 28 when the tragic mistake occurred.

“Due to poor lighting conditions, and officers attempting to arrive on the scene undetected,” the cops approached the home of Jerry Waller by mistake, according to an affidavit. The house they were actually supposed to go to was across the street.

Attorney General Eric Holder announced Thursday the Justice Department is opening a new front in the battle for voting rights in response to a Supreme Court ruling that dealt a major setback to voter protections.

In a speech to the Urban League in Philadelphia, the attorney general said the Justice Department is asking a federal court in San Antonio to require the state of Texas to obtain approval in advance before putting future voting changes in place. 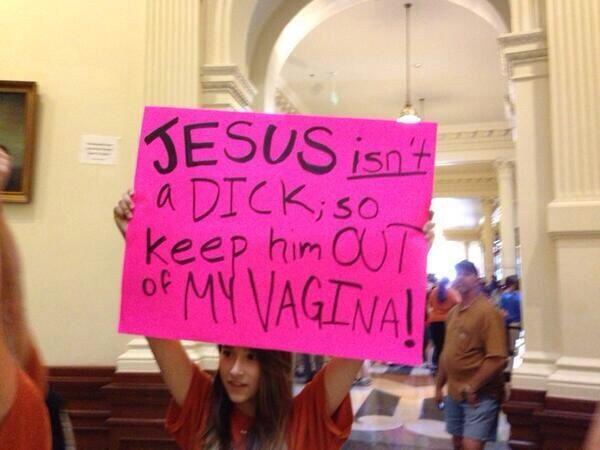 A Texas lawmaker is launching an investigation after a dhimmi teacher reportedly asked female students to dress up in Islamic garb and then told her classroom they should call Muslim terrorists – “freedom fighters.”

State Sen. Dan Patrick, chairman of the senate education committee, told Fox News he is very disturbed by the photograph as well as reports that students were exposed to a story that blamed Egypt’s turmoil on democracy – rather than the Muslim Brotherhood. “Parents are very sensitive to any issue that seems to be anti-American – that blames democracy for some sort of trouble in the world,” he said.

If passed, a bill introduced in the Texas State legislature would prevent state and local police officers from enforcing any new federal gun control laws.

“There’s a federal law, there’s a 30-round magazine right in front of you – what do I do?,” Toth said to reporters. His bill, he said, firmly answers that question.

Toth admitted that his bill would likely end up before the Supreme Court of the United States.

Richard Mack, a former Arizona sheriff, recently stood with Rep. Toth at a news conference concerning new gun control laws and how they might affect Texans. Mack was a key figure in reversing provisions of the Brady gun laws in the 1990s.

“The federal government is not our boss. If there’s any place that that’s applicable and true, it’s the state of Texas,” Mack said.

Listen to the song “Come and Take It” here.

Grammy-winning musician Steve Vaus, creator of the Buck Howdy character, has recorded a new song that defies those advocating gun confiscation to “come and take it.”

Vaus’ song proves particularly timely, as President Obama this week announced 23 new “executive actions” aimed at restricting gun use and availability in the U.S. and called for Congress to pass further gun-control legislation.

Several states are mulling ways to counter the president’s agenda, and many individuals fear the president is putting the U.S. on a path toward confiscating guns.

Vaus’ song, however, warns that gun ownership is a God-given right and violators of that right had best beware:

“We want the freedom that God gave us,” the lyrics declare, “so you best not cross that line. If you want this gun you gotta to come through us and take it, one shot at a time.”

Texas Attorney General Greg Abbott has a message for New York gun owners: Come to Texas, and bring your guns with you.

“Texas is better than New York, and New York just gave us another excuse to say that,” Abbott, a Republican, said on Thursday, after ads extolling Texas appeared on several media websites.

Abbott, a possible candidate for governor of Texas in next year’s election, used campaign money to buy ads on websites of news organizations in New York City and Albany.

Clicking on the ad leads to a Facebook page touting the virtues of Texas, including the fact that the state has no income tax so “you’ll be able to keep more of what you earn and use that extra money to buy more ammo.”

Abbott told Reuters the ads are a “way to tweak our liberal friends up in the Northeast.”

“It is tongue in cheek, but there is a deeper message here,” he said. “Texas really does stand as the last bastion of ultimate freedom in this country. Over the last decade, more than 4 million people moved to this state, and one reason is freedom and one reason is economic opportunity.”

A Texas lawmaker says he plans to file the Firearms Protection Act, which would make any federal laws that may be passed by Congress or imposed by Presidential order which would ban or restrict ownership of semi-automatic firearms or limit the size of gun magazines illegal in the state, 1200 WOAI news reports.

Republican Rep. Steve Toth says his measure also calls for felony criminal charges to be filed against any federal official who tries to enforce the rule in the state.

“If a federal official comes into the state of Texas to enforce the federal executive order, that person is subject to criminal prosecution,” Toth told 1200 WOAI’s Joe Pags Tuesday. He says his bill would make attempting to enforce a federal gun ban in Texas punishable by a $50,000 fine and up to five years in prison.

Toth says he will file his measure after speaking with the state’s Republican Attorney General, Greg Abbott, who has already vowed to fight any federal measures which call for restrictions on weapons possession.

Toth concedes that he would welcome a legal fight over his proposals.