Anyone who disputes the need for voter ID should glance at the story below. Have you ever wondered why Democrats oppose voter ID with such rabid false charges of racism?

The dead can vote in NYC

Investigators posing as dead voters were allowed to cast ballots for this year’s primary and general elections, thanks to antiquated Board of Election registration records and lax oversight by poll workers, authorities said.

The election board’s susceptibility to voter fraud by people impersonating the departed was uncovered during a massive probe of the agency by the Department of Investigation.

The probe uncovered 63 instances when voters’ names should have been stricken from the rolls, but weren’t — even though some of them had died years before.

No need for voter ID’s here. 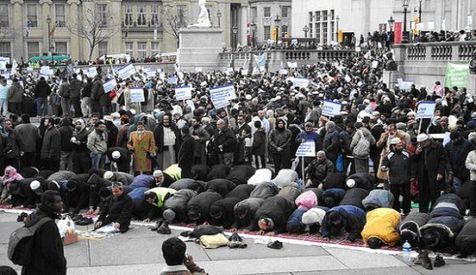 [ A+ ] /[ A- ] by J Simpson via Facebook YOU COULDN’T MAKE IT UP. Take a ganders at how much money has gone to these ‘groups’ and individuals. How Islam has exploded across Britain and at whose expense… ours!

Wishing everyone who visits here a wonderful and hopefully safe n prosperous 2014. I hope to see you all again in the new year!

(…and bring a new online friend to the site, spread the news and the love..)