Saturday Night Live acts like Romney won in 2012, liberals continue to falsely attribute a Tina Fey quote to Sarah Palin, Funny or Die has become an arm of the Obama administration and the most liberal late night host in America is taking over for David Letterman. It wasn’t always this way.

In fact, it has only been this way since Obama became president.

They said Cronkite’s journalism brought down the Vietnam War and President Johnson.

They used to say that once a president became fodder for late night comics, he was cooked.

President Nixon was the most famous natural enemy of the press.

Presidents Bush and Clinton were too much for the late night comics to pass up.

We said “so long” to the press speaking “truth to power” years ago. Their ideology and…

This is the real story of what’s happening in Syria. A Croatian reader wrote this to me: “I am not sure if you have someone who can translate this from Croatian into English but this Catholic site is the only one reporting on what is happening in Syria vis-a-vis Islamists slaughter of Christians. This article talks of the crucifixion of two Christians youths who refused to convert to Islam at the point of the gun.”

Obama is backing these savages. Christians were safe under Assad. Obama is supporting the jihadists’ ethnic cleansing of religious minorities.  Islamists have been crucified and the other gruesome ways of killing Christians who refused to renounce faith” here

And not even a whisper of this in the America ‘news’ media?  I haven’t seen it reported, not even on FNC.  Maybe it’s just too politically incorrect , or perhaps I missed the story.  But then again…

Trevor Timm writes for The Guardian: 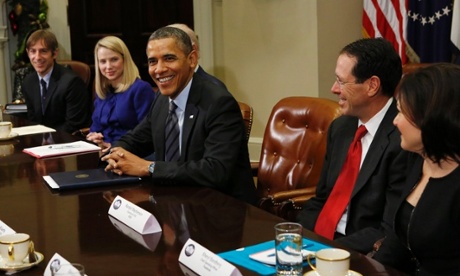 How much are internet companies like Facebook and Google helping the National Security Agency, and why aren’t they doing more to stop it? The CEOs of the major tech companies came out of the gate swinging 10 months ago, complaining loudly about how NSA surveillance has been destroying privacy and ruining their business. They still are. Facebook founder Mark Zuckerberg recently called the US a “threat” to the Internet, and Eric Schmidt, chairman of Google, called some of the NSA tactics “outrageous” and potentially “illegal“. They and their fellow Silicon Valley powerhouses – from Yahoo to Dropbox and Microsoft to Apple and more– formed a coalition calling for surveillance reform and had conversations with the White House.

But for all their talk, the public has come away empty handed. The USA Freedom Act, the only major new…

The Saints
“Salute every saint in Christ Jesus. The brethren which are with me greet you. All the saints salute you, chiefly they that are of Caesar’s household.” (Philippians 4:21-22)

The apostle Paul typically began and ended most of his church epistles with greetings to and from “the saints.” The context in each case shows that this term was applied to all those who were “in Christ Jesus”—that is, all true Christians. The Greek word hagios meant essentially those people or things that are set aside or consecrated to the Lord. It is frequently translated “holy” and can be applied to objects dedicated to the Lord, as in Hebrews 9:24 (“holy places made with hands”).

The term is applied also to Old Testament believers. At the time of Christ’s resurrection, we are told that “many bodies of the saints which slept arose” (Matthew 27:52).

@drapermark37 there’s not a damn thing these nasty CAIR bastards can say or do 2 convince me they should b anywhere but hell. @drapermark37