On the one hand, they warn of 30C warming and 20 metres of sea level rise.

One of the funniest cheats is the GIA adjustment to sea level, which is how much sea level would have risen – without glacial rebound.

“The Jews are coming after your Internet. It’s the only place they don’t control. Where you are allowed to criticize them.”

Would it surprise you that it took me only two clicks to find that quote, featured prominently on one of the most popular sites on the Web?

It was written by a commenter on a YouTube video, just a week old at the time, with more than 21,000 views called “The Jews Who Rule America.”

While most social networks strive to put a lid on the hate speech, YouTube’s lack of censorship or community moderation makes it possible for such prejudices to prosper.

Henry Blodget’s infamous Business Insider report, originally titled “Why Do People Hate Jews?,” tried and failed to offer insight on anti-Semitism. (“Hitler, for example, hated the Jews so much that he murdered 6 million people,” he wrote.) The article earned scorn from…

This morning on the news, I heard the president speaking about how the republicans are working completely to shut the government down.

Now, don’t get me wrong here. I listen to both sides of the debate, and I have not heard one thing from the right about shutting down the government, only the defunding of Obamacare. But maybe the left, including Obama think that if they can’t have it all, then the right is only wanting to shut everything down! In other words, if the republicans will give them the funding for the government, but not Obamacare, which by the way is what they are doing, then the left doesn’t hear the part that the government is fully funded….

For those who, like Obama, do not listen to what the republicans are saying, in their budget proposal, I think they are either stupid or just want it all.

Qur’an Sura 8:12b, “… terrorize and behead those who believe in scriptures other than the Qur’an.”

By Felix Corley, Forum 18 News Service – “Police in the Turkmen city of Mary have resumed pressure on relatives, friends and members of the Protestant congregation led by former religious prisoner of conscience Pastor Ilmurad Nurliev. One police officer threatened to ‘tear off’ the head of one of his relatives if she adopted ‘their faith’, Pastor Nurliev told Forum 18 News Service from Mary on 17 September. ‘We’ve got no peace,’ his wife Maya added. Officials are interrogating all those they can find who signed the church’s rejected 2007 registration application.

Denied state registration, Pastor Nurliev’s community – Light to the World Church – has been unable to meet for worship in recent years ‘because of the circumstances’, he lamented to Forum 18.

The interrogations, threats and insults come…

As Worries Over the Power Grid Rise, a Drill Will Simulate a Knockout Blow 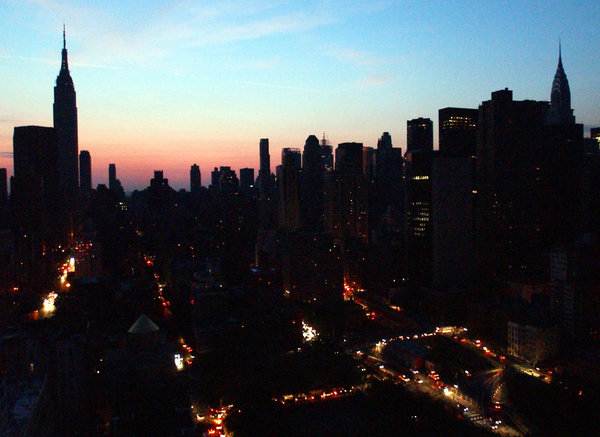 New York City during a blackout in 2003. More than 150 companies and groups will take part in a drill that will simulate attacks on the power grid.

WASHINGTON — The electric grid, as government and private experts describe it, is the glass jaw of American industry. If an adversary lands a knockout blow, they fear, it could black out vast areas of the continent for weeks; interrupt supplies of water, gasoline, diesel fuel and fresh food; shut down communications; and create disruptions of a scale that was only hinted at by Hurricane Sandy and the attacks of Sept. 11.

This is why thousands of utility workers, business executives, National Guard officers, F.B.I. antiterrorism experts and officials from government agencies…