This just shoots their narrative all to hell , doesn’t it ?

” Here’s what we know about Miriam Carey, the woman identified in news reports as the suspect in a shooting incident that left Capitol Hill on lockdown for a brief period Thursday afternoon, and has now reportedly been shot dead by police.

Carey, a 34-year-old dental hygenist has been identified by ­­­the New York Post and the New Haven Register newspaper as the suspect (victim) in a shooting incident that took place in the nation’s capital.

ABC News reported that Carey had “a history of mental health issues.”

It would appear that the latest “shooting” , which the minions of the State were preparing to use as a cudgel on the NRA , Tea Party and the…

We thought you were different, but you turned out to be like all the others. You promised hope and change, but we trust government even less than before. You offered a new brand of post-partisan governing, but the red states and blue states are farther apart than ever.

Washington was a mess when you arrived in January of 2009, but by breaking your promises and, frankly, our hearts, you made it worse.

You vowed to ban lobbyists from the White House only to sneak them in through loopholes.

The New Hampshire Attorney General’s office said Wednesday that it is investigating the circumstances surrounding the death of a 45-year-old woman who was shot by state troopers in a residential area of the state’s largest city Monday night.

Officials said that Wendy Lawrence, of Canterbury, New Hampshire, was shot four times and died of a gunshot wound to the chest in Manchester. The shooting was the conclusion of a police chase that began earlier Monday evening when Lawrence was stopped by a state trooper for driving erratically on Interstate 89.

According to the official release, Lawrence gave the officer a non-driver’s license ID and claimed she had a valid license. But when the officer returned to his car to radio for a record check, Lawrence pulled back onto the highway and drove away.

Capitol police executed a woman who attempted to flee a checkpoint, and the media celebrated it. 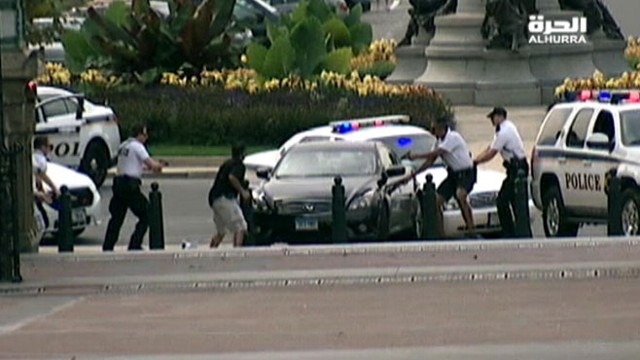 A woman with a 1-year-old girl led Secret Service and police on a harrowing car chase from the White House past the Capitol Thursday, attempting to penetrate the security barriers at both national landmarks before she was shot to death, police said. The child survived.

“I’m pretty confident this was not an accident,” said Metropolitan Police Chief Cathy Lanier. Still, Capitol Police said there appeared to be no terrorist link. The woman apparently was unarmed.

Tourists, congressional staff and even some senators watched as a caravan of law enforcement vehicles chase a black Infiniti with Connecticut license plates down Constitution Avenue outside the Capitol. House and Senate lawmakers, inside debating how to end a government shutdown, briefly shuttered their chambers as Capitol Police shut down the building.